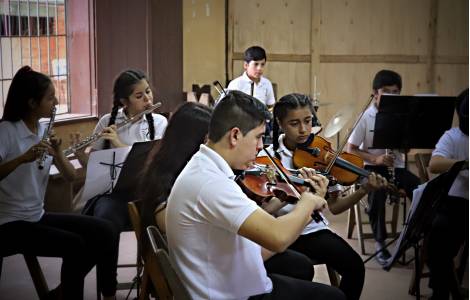 Asunción (Agenzia Fides) - In Bañado de Tacumbú, a poor neighborhood on the outskirts of Asunción, the capital of Paraguay, the hope for a better future passes through music. The population of this neighborhood is mostly young, with a low level of education, houses built with very precarious materials and poor sanitation conditions. This already complex social condition is aggravated by the geographical aspect which does not help.
Bañado de Tacumbú is in fact located on the banks of the Paraguay River and due to the lack of infrastructure, it has suffered severe floods that cause difficulties and discomfort in the ordinary life of the population.
It is here that in 2012 the Dominican missionary, Father Germán Pravia OP gave life to a music school in collaboration with CAMSAT (Center for Mutual Aid for All). At the beginning there were eleven students, two guitars for all and a few woods assembled if necessary to be able to rehearse in their own homes.
As reported to Fides, over time this experience has grown and extended to many other young people to such a point that a real "Bañado de Tacumbú Youth Orchestra" was formed for boys and girls with the support of the "Misioneros Dominicos- Selvas Amazonicas", a non-profit organization of the Dominicans of the Spanish Province. Born in 1966 from the intuition of Father Fray Francisco Arias González, OP, to concretely promote the evangelizing, social and human work of the Missionaries of the former Province of Spain in the Regional Vicariate of Santa Rosa in Peru, this body subsequently diversified and increased the areas receiving aid.
The Orchestra, which now has about fifty motivated and passionate young people between the ages of 13 and 25, and is made up of guitars, violins, cellos, transverse flutes, saxophones, clarinets, horns and percussion, received a visit from Father Francisco De Farago OP, former director of the “Misioneros Dominicos-Selvas Amazonicas” in 2018. Father Farago was so enthusiastic about this orchestra that he carried a message of hope in the midst of so many economic and social difficulties that in 2019 he himself promoted the "Music for Dignity" initiative.
The initiative was supposed to bring a representation of 20 musicians of the Bañado de Tacumbú Youth Orchestra to Spain, but due to the COVID-19 pandemic it has been postponed for now.
The hope is that Father Farago's dream, conceived for these young people, who in the orchestra find an opportunity for personal growth and social redemption and the possibility, thanks to music, to imagine a different and possible future, will soon come true. (EG) (Agenzia Fides, 18/12/2021) 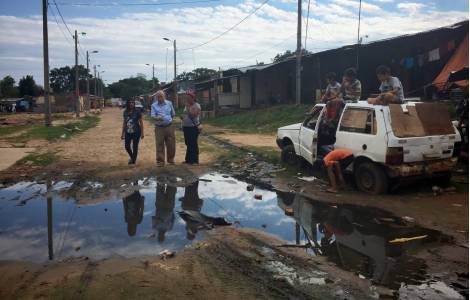 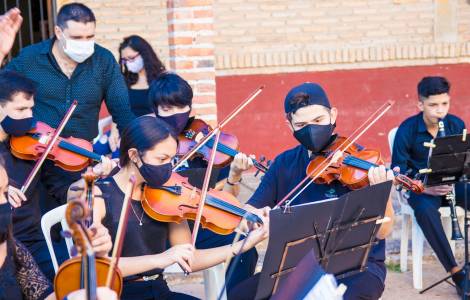 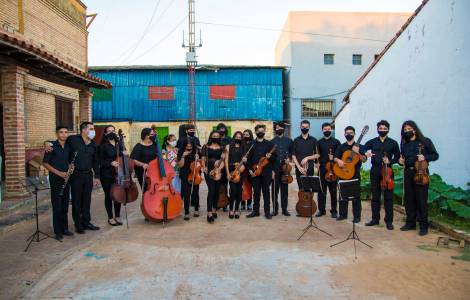 ASIA/KIRGHIZSTAN - The Gospel in music, with the youth of Central Asia