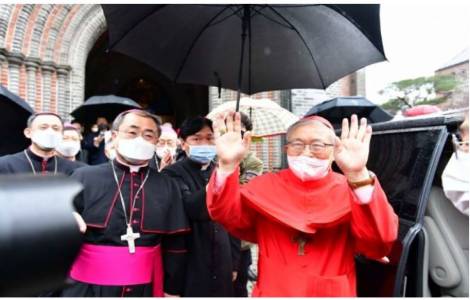 2022-01-12
The new Archbishop of Seoul: pray for peace and walk a path of unity and reconciliation

2021-11-26
A relic of St. Andrew Kim Tae-gon donated to Burkina Faso, a sign of missionary communion

2021-11-18
Initiatives for the benefit of the poor and the homeless: "It is above all the loving care that nourishes every person"

Seoul (Agenzia Fides) - "The years of pastoral service in Seoul were a joyful journey guided by the Holy Spirit": with these words Cardinal Andrew Yeom Soo-jung celebrated a thanksgiving Mass yesterday, November 30, with Korean bishops at Myeongdong Cathedral in Seoul on the Feast of St. Andrew the Apostle.
His successor, Archbishop-elect Peter Chung, will be installed as the new head of Seoul Archdiocese on December 8.
Cardinal Yeom, led the Archdiocese since May 2012, expressed sincere gratitude to God and the faithful for the support received. He recalled "the wonders carried out by the Lord" in his years of service as Archbishop of Seoul and Apostolic Administrator of Pyongyang. "I would like to first and foremost thank God for giving me the opportunity and guidance to experience profound joy and comfort amidst challenges in these blessed years. It seems like only yesterday that I was installed as the archbishop of Seoul to succeed the late Cardinal Nicholas Cheong, who had asked me to become an honest and sincere pastor", recalled the Cardinal. "I confess the shortcomings in achieving the set objectives, which were missionary work in Asia, youth ministry and reconciliation in the Korean peninsula", he later acknowledged, entrusting these works to the hands of God.
"As the Archdiocese of Seoul now plays a leading role not only in Asia but also in the Catholic Church around the world, I believe that the new archbishop will become a spiritual leader for the nation as a whole. I will always be grateful for every single moment and pray for peace on the Korean Peninsula and our Church. Please continue to keep me in your prayers", concluded Cardinal Yeom, addressing the faithful.
Archbishop Alfred Xuereb, apostolic nuncio to South Korea, who was present, in his farewell message, recalled "with gratitude the path taken with exemplary dedication" by the Cardinal, wishing all the best and conveying the Pope's greeting and blessing. "We are all grateful to God for giving us Cardinal Yeom, the Good Shepherd", said the Nuncio.
Cardinal Yeom was born on December 5, 1943, in Ansong, Gyeonggi province, into a Catholic family of five generations. He was ordained a priest on December 8, 1970 in Seoul. He taught at the minor Seminary in Seoul and then became a Chancellor of Catholic University of Korea Songsin Theological Campus (1987-92) and Chancellor of the Archdiocesan Curia (1992-98). Auxiliary of the Archdiocese of Seoul since 2001, he received episcopal ordination in 2002, was Archbishop of Seoul as of May 10, 2012. Pope Francis elevated him to the rank of cardinal on February 22, 2014. Cardinal Yeom served as the chairman of the Episcopal Commission for Clergy of the Korean Catholic Bishops from October 13, 2016. He is also a member of the Vatican’s Congregation for the Evangelization of Peoples and Congregation for the Clergy. (PA) (Agenzia Fides, 1/12/2021) 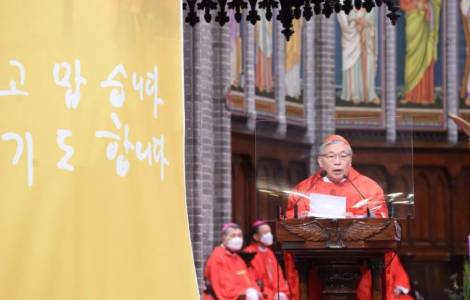 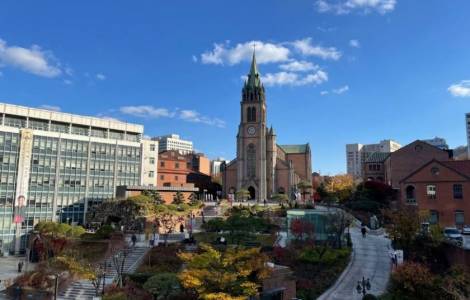 ASIA/SOUTH KOREA - The Korean Church's farewell to Cardinal Cheong, Pastor "as caring as a mother"

AMERICA/COLOMBIA - 50 years since the death of the first Apostolic Vicar of Buenaventura, Monsignor Gerardo Valencia Cano

AFRICA/MALAWI - The Bishops: "Staff of the Anti-Corruption Bureau must be protected"