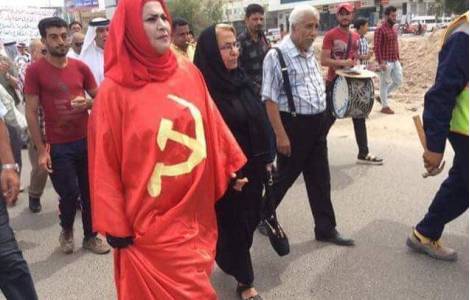 Baghdad (Agenzia Fides) - In Iraq the main obstacle to the start of a real democratic process is represented by the sectarian mentality which is also reflected in the so-called "quota system", the electoral and administrative method that divides seats on an ethnic-religious basis in parliament and positions in public institutions. This was reiterated by Cardinal Louis Raphael Sako, Patriarch of the Chaldean Church, in the cordial message he sent to the participants in the 11th National Congress of the Iraqi Communist Party, which is currently underway in Baghdad.
In his message, the Chaldean Patriarch thanked the Iraqi Communists for the invitation he received from Congress and regretted not being able to be present in person. The Iraqi Cardinal hopes that Congress will become an opportunity to bring out "a clear vision" of the condition of the nation, and help to outline a concrete plan to help the country "get out of the crisis that is suffocating it to rebuild a state of law" founded on the "principle of citizenship", a "sovereign state" in its political, judicial, cultural and economic institutions, emancipated from the sectarianism that feeds "corruption, poverty, unemployment and illiteracy". Even the Congress of Iraqi Communists - is the Patriarch's wish - will be able to contribute to the hoped-for "change of mentality" through "education in national, human and moral values, so that each one assumes his or her responsibilities before the homeland and to their fellow citizens". The Iraqi Communist Party is among the political forces that have decided to boycott the parliamentary elections held on Sunday, October 10.
According to communist leaders and militants, that electoral appointment was totally conditioned by corruption phenomena and by the pressure exerted by sectarian armed militias who still effectively control large areas of the Country, especially in the north. In the previous elections, held in May 2018, the Communist Party had merged into the Sayrun coalition together with the movement of the Shiite (non-Iranian) leader Muqtada al Sadr. The coalition list had been the most voted, and had won 54 of the 329 seats in Parliament.
In January 2017, the Iraqi Communists paid public homage to Chaldean Patriarch Louis Raphael Sako, and thanked him for his contribution to national reconciliation and for his continuous effort to foster the involvement of all political, ethnic, social and religious components in the management of national institutions. On January 9 of that year, a delegation of leaders of the Iraqi Communist Party visited the headquarters of the Chaldean Patriarchate also to express their congratulations to the Patriarch for the Christmas feast just celebrated and for the start of the new year. Founded in 1934, the Iraqi Communist Party played an important role in the Iraqi political scenario until the 1970s, taking part in almost all the national uprisings and major political demonstrations that took place in the Country in the 1940s and 1950s. Then, starting in the late 1970s, it suffered severe repression from Saddam Hussein's regime. He opposed the US invasion of Iraq in 2003. (GV) (Agenzia Fides, 30/11/2021)