ASIA/VIETNAM - In the name of compassion, believers of different faiths help the sick and suffering 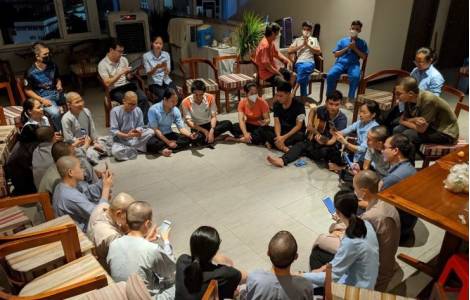 Ho Chi Minh City (Agenzia Fides) - Compassion is the key word that today unites believers of different religions in Vietnam, united to give help, tenderness, comfort and hope to the sick and suffering, especially those who are in hospital with Covid-19. This was confirmed by the various participating religious leaders at a conference recently organized by the Religious Solidarity Committee of Ho Chi Minh City under the auspices of the Catholic Archdiocese of Ho Chi Minh City.
In the gathering, stories and experiences were reported which, in the name of solidarity, involved believers of different religions and different professions, united in sharing the same compassion for human beings, in particular for patients who suffer and fight with the illness for the return to normal life.
As Fides learned, a vast experience of sharing promoted in the city has brought together in recent months a total of 682 volunteers of different faiths, who collaborated with the medical staff and lived in harmony a time described as "beautiful and peaceful", working for physical, emotional, psychological and spiritual relief of the sufferers. The leaders present said: "The religious communities grew closer when they worked together to help the sick during the Covid 19 pandemic: There was no distinction between Buddhist nuns and Catholic nuns who shared material and spiritual food. There was no distinction of age, ethnicity, religion, everyone looked in the same direction, that is, with the aim of serving people with love. This has left a trace of friendship, love and mutual esteem in the hearts of the leaders and believers involved".
Archbishop Joseph Nguyen Nang of Ho Chi Minh City said in his speech at the gathering: "This communion of purpose came not only from compassion, but from recognizing the profound dignity that God has bestowed on every person. Faith in God is the basis of brotherhood. Although each religion addresses God by different names, they all believe in one God, Almighty God, the Creator. God created all beings and is the Father of all; therefore we are all brothers and sisters, united by faith in our God, and if the children fail to recognize the common father to whom we all belong, they will live by the principle of selfishness and only protect their own personal interests, thus creating only divergence and separation, to the point of conflict. Belief in God is the basis for the ultimate bond of brotherhood". He continued: ""The representatives of all religions taking part in this XI Interreligious Conference expressed this firm conviction. Let us support and accompany humanity in our society, let us be a sign of unity, build bridges, tear down all the walls of obstacles and sow the seeds of reconciliation". The Archbishop also expressed his hope that ecumenism and cooperation between religions in Vietnam will continue to develop. As a sign of religious solidarity, the bells of all churches, pagodas and other temples throughout Ho Chi Minh City are to ring simultaneously on November 19th at 7.30 p.m. to commemorate all those who died of Covid-19 in the metropolis. According to the latest official government statistics, the majority of Vietnam's 97 million people (70%) follow traditional beliefs or describe themselves as "non-believers". 15.1 million Mahayana Buddhists and 1.3 million Hoa Hao Buddhists, 7.1 million Catholics, 1 million Protestant Christians, 1.1 million followers of the Cao Dai sect, 80,000 Muslims and other minorities of Hindus and Bahaʼi. (AD-PA) (Agenzia Fides, 16/11/2021) 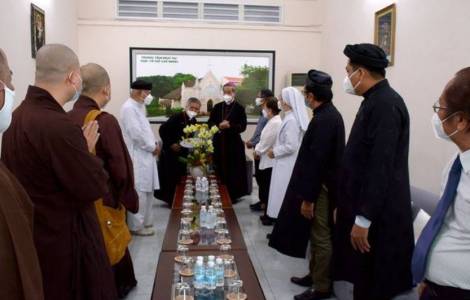 ASIA/KAZAKHSTAN - The Bishop of Almaty: "We would be happy to welcome Francis, twenty years after the visit of John Paul II"

AMERICA/BOLIVIA - Giving one's life so as not to abandon the elderly: the missionary witness of the religious who died of Covid