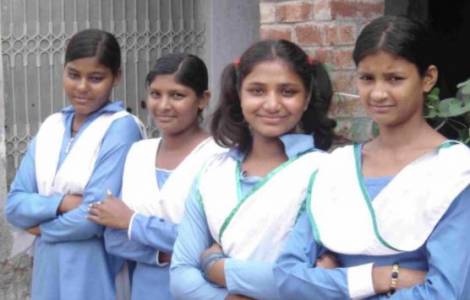 Lahore (Agenzia Fides) - "The issue of forced religious conversions is today a source of great concern for religious minorities in Pakistan, especially Christians and Hindus, but it seems that there is a lack of political will to resolve it. This may be due to political instability and to the pressure of extremist religious groups; all this is creating serious difficulties for religious minorities": says Nasir Saeed, Director of the NGO CLAAS (Center for Legal Aid, Assistance and Settlement), in a message sent to Fides. The recent rejection of a bill, aimed at curbing the phenomenon of kidnapping and conversion to Islam of Christian and Hindu underage girls, has sparked debate and protests in the country (see Fides, 9/11/2021). Nasir Saeed continues: "There is no quick solution to the problems of minorities as the government does not pay them adequate attention, whether it is discrimination in schools and university programs, whether it is about work, marriage and divorce, abuse of the law on blasphemy or forced conversions".
The issue of the forced conversion of Christian and Hindu minors has become much more complicated after the Parliamentary Commission rejected a special bill presented to the Commission to be discussed in Parliament. The Council of Islamic Ideology and the Ministry of Religious Affairs have already expressed a negative opinion. "This means that the issue cannot be brought to Parliament for a long time and unfortunately Christian and Hindu minors will continue to suffer and be targeted and there will be no justice", notes the Director of CLAAS.
The hope of obtaining justice is therefore in the hands of the courts which, however, "are issuing sentences influenced by the Sharia law" (Islamic law, ed), he notes. In the recent case of a Christian girl, 14-year-old Chashman, the Lahore High Court stated that there is no minimum age for conversion to Islam and that neither the Holy Quran nor any Hadith of the Prophet set a minimum age to convert to Islam.
He also said that Muslim jurists consider a child's mental capacity to be of crucial importance to the question of religious conversion. According to the judge, the age of discernment is generally considered to be the age at which puberty is reached.
"Such observations and court judgments encourage perpetrators of kidnappings of non-Muslim underage girls. This is not the first of such judgment by High Court judges. There are many others, such as those on the cases of Maira Shahbaz, Huma Younis, Nayab Gill or Shakina, 14 years old who is still in the custody of her kidnappers". According to the Director, "it is a dangerous trend especially when High Court judges issue Shariah-influenced judgments instead of upholding the country's prevailing law, such as the Child Marriage Restraint Act (1929) which criminalizes marriages of girls under 16 years of age. In this way the Pakistani courts continue to ignore even international standards". Furthermore, he notes, "other factions of Pakistani society have the same conviction and mentality, and the majority of Muslims are against setting a minimum age for conversion to Islam as they believe that a law against forced conversion would be against the Koran and the Sunnah and could create social unrest".
Saeed concludes: "In such a difficult situation, we must fight for justice and change, we must work hard independently, using all platforms and alliances at the national and international level. It is very important to continue to remind Pakistan of its international obligations in the field of human rights, especially with regard to children, women and minorities". (PA) (Agenzia Fides, 12/11/2021)