AFRICA/SOMALIA - Bishop Bertin: hope is the beginning of a process of dialogue and democratization 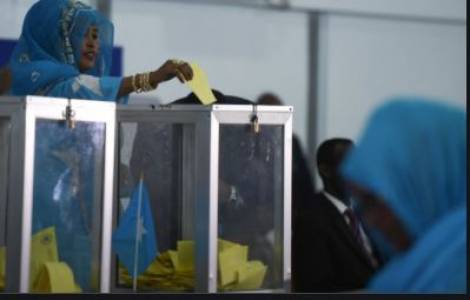 2021-11-04
Bishop Bertin: hope is the beginning of a process of dialogue and democratization

2021-07-01
Bishop Bertin: towards the elections, the population aspires to security and stability

2021-04-29
Bishop Bertin: "Hidden life of the faithful and humanitarian work of Caritas"

Mogadishu (Agenzia Fides) - "Sometimes I meet people who ask me: after so many years, how can you still hope that the situation in Somalia will change?" And I reply that something has been moving in recent months, but, above all, I still hope because I have faith in God and faith allows me to believe that man was created in his image and likeness and is therefore capable of coming to his senses". After 30 years of serious instability and wars, as well as unsuccessful political attempts, Mgr. Giorgio Bertin, Apostolic Administrator of Mogadishu and Bishop of Djibouti, shares his trust in God with Fides, hoping for a process of democratization in Somalia. The Bishop, who has been in Somalia since the 1970s, comments: "The situation is always tense. We can still maintain a cautious optimism because an agreement has matured between the outgoing President, Abdullaih Mohamed known as 'Farmajo' and Prime Minister, Mohamed Hussein Roble, and the electoral process that should lead to the election of the new president". "Of course - he continues to explain - we are far from the goal, once the parliamentary assembly is formed, they should meet to elect the president. As far as I know, it has not yet been convened, even though in recent days I have heard rumors of celebrations for the imminent re-election of 'Farmajo'. These are rumors that, in my opinion, actually refer to his re-election. Unless something exceptional has already happened and they have not announced it yet". The uncertainty, the lack of confirmed news, the instability clearly reflect the political moment that Somalia is going through: "There should have been elections to the parliamentary assembly - recalls Msg. Bertin - but everything has to go through a long process of very delicate balances. As I have said many times, universal suffrage is still unthinkable here because it is impossible to guarantee security in the rural areas controlled by Al Shabab, but also because we have more than 2.5 million internally displaced and one million external. How do you get them involved? How do you register them? It is a huge and impossible task at the moment. It would be a daunting task even for safer and more developed countries. It is positive, however, that at least, compared to the past, we are proceeding with a broader electorate, it is a step forward". Many international interests gravitate around Somalia and they too will dictate the political agenda in the coming months. "It will be important to understand how the international actors who have a lot of influence here will move, not only the Somalis are decisive in the internal political process. Countries like Qatar, Saudi Arabia, United Arab Emirates, not to mention Turkey, have predominant interests and influences. Then there will be other actors such as the EU and the US, who may have political preferences. The hope, in any case, is always the same: that a president will be elected, that a government be formed as soon as possible and that everyone will put themselves at the service of their country, of the common interests, especially for the most disadvantaged in our society. We also hope that there will be a real dialogue with the opponents to revive a nation that for the moment is only a country on paper, because it does not function as such. To tell the truth, I do not have many elements to say that it is the right time, I have seen many. Realistically, I think it could happen that at least Mogadishu finds greater security and stronger institutions and that, taking into account what happened in the past, they seriously take the situation, which has been dramatic for more than 30 years". (LA) (Agenzia Fides, 4/11/2021)

EUROPE/ITALY - Between cooperation and diplomacy: Christian realities protagonists of the future of Afghanistan

AMERICA/NICARAGUA - The Bishops recall "the basic and indispensable conditions in order to hold free, fair and transparent elections"