AFRICA/KENYA - Fr. Kamemba: "We are following the malaria vaccination campaign with great interest" 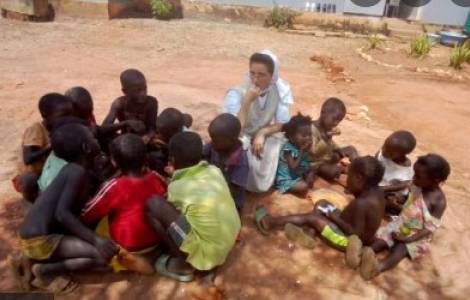 2021-11-20
"Now you are adults in faith": more than 300 young people and adults receive the sacrament of Confirmation

2021-11-05
"The era of conquest, extraction, and exploitation has given way to cooperation and community": the petition of religious leaders

2021-10-15
Fr. Kamemba: "We are following the malaria vaccination campaign with great interest"

Kisumu (Agenzia Fides) - "In view of the many health facilities that are under the auspices of the Catholic Church, especially in malaria-prone areas, the new vaccine against this endemic disease will also be of great interest to the local Catholic Church", said Father Robbin Kamemba, Superior General of the Society for Africa Missions (SMA) in Kenya to Fides. The missionary points out that the Kenyan Bishops' Conference (KCCB) has not yet made an official statement on this subject, "but it will be our concern to follow closely the development of the vaccination campaign against malaria on our continent". Only last October 6, 2021, the World Health Organization (WHO) approved the large-scale administration of the only previously approved vaccine against malaria. "A gift for the world, but above all for Africa", the continent that has suffered more than others from this parasitic disease, said the WHO Director General, Tedros Adhanom Ghebreyesus, on the occasion. "This is a vaccine that was developed in Africa by African researchers and we are proud of it," he added. The Superior of the Religious Province of the Society of African Missions in Kenya reminds that 10,700 people die of malaria in Kenya every year. Therefore it is a major medical breakthrough: "Thousands of lives can be changed and saved thanks to this vaccine," said the religious. The tropical medicine specialist Giovanni Putoto, head of program planning and operational research at the Italian aid organization "Medici con l’Africa Cuamm", which is committed to the continent from a medical point of view, confirmed the reliability of the vaccine. "It is 30% effective in reducing severe malaria cases, which are deaths, but increases to 70% when combined with the use of mosquito nets and medication. In some countries like Uganda, where we are are active, every child gets malaria on average 6-7 times a year, ie there is a risk of dying 6-7 times a year", explained the doctor. Since the start of the pilot vaccination programs in 2019, in the three countries (Ghana, Kenya and Malawi) that took place in selected transmission areas when the vaccine was launched, where more than 800,000 children were given at least one dose. To date, a total of more than 2.3 million doses have been administered. One of the areas where the disease is particularly prevalent and where the vaccine has been tested is Kisumu on the shores of Lake Victoria. According to the Kenyan health minister Mutahi Kagwe, the regions Homa Bay, Migori, Siaya, Kakamega, Bungoma and Vihiga also belong to the high-risk areas in addition to Kisumu. (RK/AP) (Agenzia Fides, 15/10/2021)