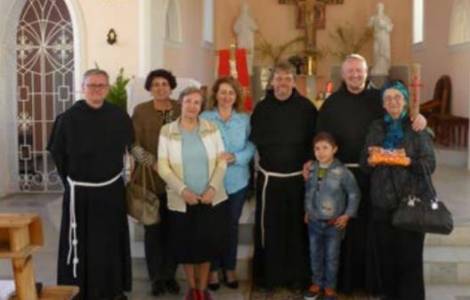 Tashkent (Agenzia Fides) - "I hope this thirtieth anniversary will help us to identify a perspective for the future, because, despite the difficulties, our presence in Uzbekistan is important. We often listen to the passage from the Gospel in which Jesus tells us that he is the salt of this world, and here in Uzbekistan I understood one thing: salt must be added sparingly in dishes, otherwise the flavor will be ruined. Perhaps we Franciscans in Uzbekistan are called precisely to do this: we are few, but we must give flavor to this country". This is what Fr. Jerzy Maculewicz, OFM Conv., Apostolic Administrator of Uzbekistan said, during the first day of the webinar "The mission of evangelization in Central Asia in times of Evangelii Gaudium - Context, difficulties, perspectives", promoted by the Pontifical Missionary Union, within the Pontifical Missionary Societies.
During his speech, entitled "Celebrating 30 years of presence in Uzbekistan. Fruits and challenges of missionary activities", Fr. Maculewicz retraced the stages of the experience of the Conventual Friars Minor in Uzbek territory, which began in 1991, hand in hand with the rebirth of the Catholic Church in the country after the fall of the USSR. The special anniversary of the thirtieth anniversary will be celebrated on Friday, October 15, in the church of Tashkent, in the presence of the Minister General of the Friars Minor Conventual, the Argentine fra Carlos Alberto Trovarelli.
Today Fr. Maculewicz notes: "The celebration of the thirty years of presence of Franciscans in Uzbekistan presents us with a challenge: the Polish province of the Friars Minor Conventual, responsible for this mission, today has few vocations. This forced us to leave the parishes of Urgench and Samarkand and to entrust them to religious from other institutes or to diocesan priests. We are looking for other Franciscan provinces in the world, who can help us and perhaps in the future, even take responsibility for this administration. We recall that the Pope asked us Franciscans to continue the pastoral and apostolic work in this country". The first Franciscan to settle in Uzbekistan in 1991 was Friar Krzysztof Kukułka. In that period, as Fr. Maculewicz recalls, there was only one parish, in Fergana, and a community was being formed in Tashkent: these realities were followed by only Fr. Kukułka until 1993. In that year, the arrival of a second friar also marked the birth of a community in Samarkand: "In those times - he remembers - being missionaries was like living in the period of the first apostles: it started with very few people and it was necessary to take care of everything, from pastoral work with the people to construction work, research of materials and workers in order to give a physical structure to the first communities".
The difficult years of the pioneers were rewarded with great joys: in 1997, with the arrival of four new Franciscan missionaries, the Missio sui iuris was erected by John Paul II. In 2000 the church of Tashkent was consecrated in the presence of the Apostolic Nuncio. We then reach April 1, 2005, when John Paul II, on the day preceding his death, erected the Apostolic Administration, entrusting its guidance to Fr. Jerzy Maculewicz. In this period pastoral work in various languages begins to develop in the country. Fr. Maculewicz explains: "We needed to carry out our activities in Russian for the locals, in English for diplomats and businessmen, in Korean for the many employees of South Korean companies in Uzbekistan, and in Polish for the presence of many people of that nationality deported by the Soviets. This cultural variety has represented, over the years, a great wealth, but also a halt on the growth of our community: there are many Catholics who leave the country to return to their lands of origin, above all due to the lack of work. So on the one hand we have new faithful every year, on the other many people leave us, but we are happy to stay in touch with them and to know that in the places where they go to live, they continue to be an active part of the Church: this is also a fruit of our work".
Currently, the small Uzbek Catholic community, made up of about 3,000 baptized, has 5 parishes throughout the country: to the approximately 700 faithful of Tashkent, there are others present in Samarkand, Bukhara, Urgench and Fergana. In Angren there are 25 faithful and where there are plans to build a new church. In 2012 the first local priest was ordained, while two other Uzbeks are carrying out the path of the priesthood in the Franciscan seminary in Krakow. (LF-PA) (Agenzia Fides, 13/10/2021) 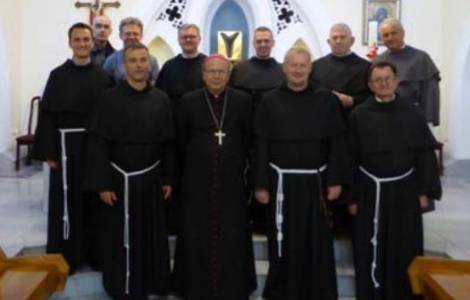 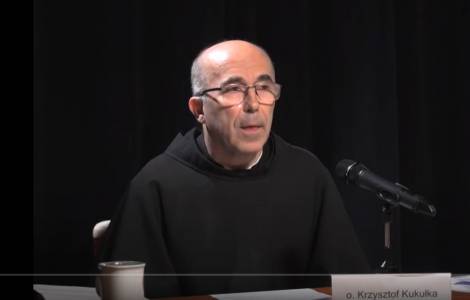