ASIA/LEBANON - Maronite bishops: "satisfaction" for the new government, anguish for the "human hemorrhage" of young people fleeing the Country 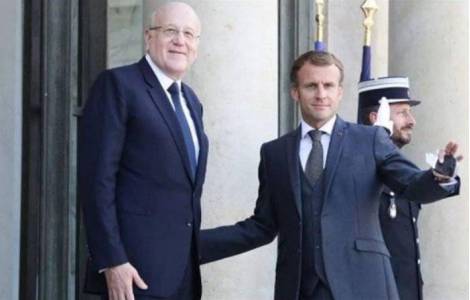 2021-12-21
Young Christians and farmers united in the "Community market of agricultural producers", against the specter of the food crisis

2021-12-13
Patriarch Raï: the Cathedral inaugurated in Bahrain shows that the “Lebanese formula”, in crisis here for us, flourishes elsewhere

2021-11-08
The alarm of Catholic Patriarchs and bishops: let us resist the designs of those who want to annihilate Lebanon

2021-10-27
Maronite Patriarch wants to mediate "institutional compromise": "Problems are not solved on the street"

Beirut (Agenzia Fides) - In the "worrying" condition in which Lebanon finds itself, the "absolute priority" is to try to stop the flight of young people who leave the country, a real "human hemorrhage" that deprives the nation of its more vital and creative forces. This is the alarm raised by the bishops of the Maronite Church, who analyzed the difficult phase that the Land of the Cedars went through during the meeting held on Wednesday, October 6 at the patriarchal see of Bkerkè, presided over by Patriarch Béchara Boutros Raï.

In the statement released at the end of the meeting, the members of the Maronite episcopate express satisfaction with the formation of the new government, led by the Sunni, Najib Mikati, which has given back to the Lebanese nation an executive after a political paralysis which lasted more than a year, underline the need to make up for lost time, choosing exceptional and innovative solutions in the face of the emergencies that are overwhelming the Country. The bishops recall the many factors of the "economic, housing and social crisis that besieges the Lebanese from all sides, starting with the lack of fuel, passing through the uncontrolled increase in the prices of foodstuffs, medicines and other health care aids, to end with the crisis of school and university services".
At the same time, the gaze of the Maronite episcopate on the pains of Lebanon does not stop at the contingencies that haunt the daily life of the Lebanese, but signals the new exodus of young people from the Land of the Cedars as the potentially most devastating phenomenon for the future of Lebanon. According to the Maronite bishops, everything must be done to "re-establish adequate conditions of stability that reassure young people and encourage them to live their future by persevering in the faith of their fathers and in being rooted in their land".

In the text released at the end of their meeting, the bishops also recall the visit made by Prime Minister Mikati to Paris and his meeting with French President Emmanuel Macron (in the photo), expressing appreciation for the "sincere desire" expressed by the current French leadership to "remain at the side of Lebanon until the end of its ordeal". Lebanese political leaders - the Maronite bishops suggest - are called upon to take advantage of French support in contacts and negotiations with international political and financial organizations. Furthermore, the bishops of the Maronite Church deplore the interference that is hindering the investigations of the judiciary aimed at determining the causes of the explosions that devastated the port of Beirut on August, 4 2020, reiterating their closeness and solidarity with the investigating judiciary and the families of the victims.
Finally, referring to the last month of the liturgical year, before the time of Advent which prepares for the solemnities of Christmas, the Maronite bishops invite all members of the ecclesial community to live intensely "with faith and devotion" all liturgical celebrations and to intensify prayers and acts of mercy towards the sick, the afflicted, the victims of wars, calamities and epidemics, "asking God to grant everyone patience and strength to endure difficulties and sufferings". (GV) Agenzia Fides, 7/10/2021)