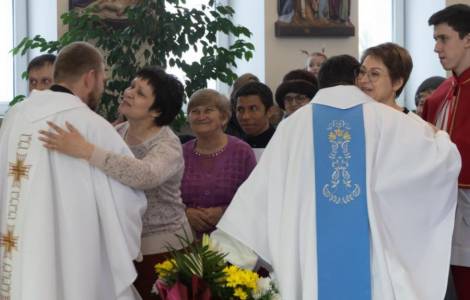 Karaganda (Agenzia Fides) - The new Bishops' Conference of Central Asia - which will bring together the bishops of Kazakhstan, Uzbekistan, Kyrgyzstan, Turkmenistan and Tajikistan - represents an opportunity for the maturation of the Church in that area. This is what Mgr. Adelio Dell’Oro, Bishop of the diocese of Karaganda said to Fides: "We are very happy - he explains - for the creation of this new episcopal conference. It is the result of two years of work and will bring the Catholic presence in this land to grow and mature. We will have the opportunity to give greater meaning to our mission here, to understand what it means, thirty years after the independence of these countries, to be in a territory with a Muslim or Orthodox majority. This is an important issue for all five countries. In this way we will be able to go back to following a common path, in the perspective of synodality, as happened in the period immediately following the fall of the Soviet Union. In fact, in 1991 there was only one Apostolic Administration based in Kazakhstan, which also included Kyrgyzstan, Tajikistan, Uzbekistan and Turkmenistan. This favored an exchange between the various realities, which met regularly. However, when the Missio sui iuris was created in the other four countries, joint activities diminished to the point of becoming less frequent".
The new body, officially established following a decree issued by the Congregation for the Evangelization of Peoples on September 8, 2021, will make it possible to respond together to common criticalities and challenges and, at the same time, to support each other in addressing specific problems of each individual country: "The modus operandi requires that, before meeting, each of us proposes themes that he considers important. We try, therefore, to share the experience and sometimes we reach common decisions. Basically, what until recently only happened between the various dioceses, is now also happening between the Churches of five States. This collaboration is very interesting, just as all the initiatives that will lead us to work together will be fundamental".
Among these initiatives, there is the webinar "The mission of evangelization in Central Asia in times of Evangelii Gaudium - Context, difficulties, perspectives", organized by the Pontifical Missionary Union (within the Pontifical Mission Societies) and scheduled for October, 12 and 13 2021. Starting from historical data and pastoral experiences, during the meeting the various realities of the Catholic presence in the Central Asian states will be analyzed, with a focus on evangelization, charity and formation.
Msgr. Dell'Oro concludes: "The webinar will touch on many interesting topics for the life of the Central Asian Church and will therefore represent an opportunity to stimulate reflections on the current state of our mission and on future perspectives. The challenges are so many: the first is certainly that to overcome a faith that at times is linked only to rites and traditions brought here by the first missionaries. We greatly appreciate their courage and we owe a lot to them, but now it is necessary to take a step further and make people understand that there is a reason if the Lord wanted them here after the painful history of atheism imposed by the USSR". (LF-PA) (Agenzia Fides, 7/10/2021)