AFRICA/CENTRAL AFRICA - Starting from scratch: a new mission, a new beginning as an associate missionary 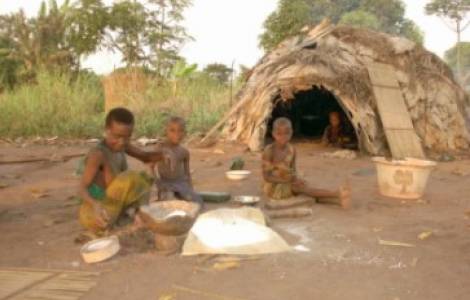 Monassao (Agenzia Fides) - "Should I have a new missionary experience or enter a missionary institute? This inner question of mine materialized with the choice to leave for a new missionary experience, linked to the Society for African Missions". This is how Fr. Michele Farina tells us what the input was that made him "jump" to a new mission. This time in Monassao, a village lost in the forest 400 km from Bangui, the country's capital, 200 km from Berberati, the seat of the Diocese, in the southernmost tip of Central Africa, between Congo and Cameroon. "It is an area of first evangelization, where I will also learn a new style of mission", he writes. After being responsible for the Diocesan Missionary Center in Savona, Fr. Michele has lived several missionary experiences in Brazil, Central Africa and Cuba.
"When I returned from Cuba - says the priest - I thought my missionary life was over: first three were entrusted to me and then two other parishes. But I had already had the desire for the mission in my heart for a year and a half. I began to carry out the discernment, precisely in the SMA, which I have known for a long time, because the meetings of the Missionary Centers of Liguria (Italy) take place there".
The missionary points out that the Church in the village has not been present for very long.
"That of Monassao is a new mission, a completely different scenario from the mission in Cuba, where the Church has been present for centuries. Every mission and every missionary must know how to adapt a little to the reality they encounter, to the people he meets. Here there is an important community of Bayaka pygmies, an ethnic group that is usually semi-nomadic, who periodically move to different places, but in Monassao they have decided to reside more permanently". "Strengthened by the spirit of the founder of the SMA, Mgr. De Brésillac - he continues - I am leaving, precisely with the apostolic spirit of the first missionaries, to try to share life and faith with the people I will meet, to rediscover the face of God who acts in everyone, and therefore also in those who do not yet know him, to give him a name, to give him the face of Christ. We start from scratch: this is also part of every new beginning, of every new baptism", he concludes. Fr. Michele will share his missionary experience together with Father Davide Camorani (SMA) in the Parish of Monassao, founded many years ago by French SMA missionaries, and now led by Polish missionaries. (MP/AP) (Agenzia Fides, 5/10/2021)