AFRICA/UGANDA - Churches remain closed: "We must also pay attention to the spiritual economy" 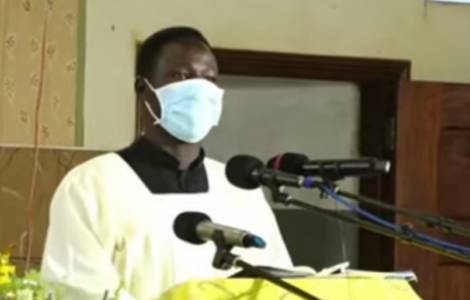 2022-05-30
Working to generate peace: to be ambassadors of peace in one's own Communities

Kampala (Agenzia Fides) - "May our desire for an earthly economy not come at the expense of the spiritual economy", said James Kakura James, Ugandan seminarian, referring to the reopening of public spaces and the permanent closure of churches to contain the Covid-19 pandemic.
"Churches and mosques have given birth to the current economy of Uganda - reads the note sent to Fides -. Many today wonder whether places of worship are more susceptible to the spread of the virus than public transport and marketplaces. But for us who know the importance and power of the Lord's Supper, common prayer and church meetings, this theory is not valid", said the seminarian. "Other places are being reopened, not because they are safer, but because they are considered indispensable for the future of the country's economy". Kakura explains that it was once European missionaries, including the White Fathers, the Missionary Society of St. Joseph of Mill Hill and the Comboni Missionaries, who introduced formal education in Uganda at the end of the 19th century. "We must not forget the enormous contribution the Church has made to the economy in Uganda since there were places of worship in the country". "Education was initiated by the denominations in order to counteract ignorance in society", the bishops of Uganda had already emphasized in 1997. "The missionaries were pioneers in the education of the children who would later be at the forefront of the country's economy. The same missionaries continued to build schools, hospitals, and roads". The Ugandan seminarian emphasizes: it was the Muslim traders who introduced trade in Uganda, and we owe them a lot in terms of our economy".
The fundamental task of the church is evangelization and sanctification of people, he emphasizes in this context, and the role of religion in building consciences must not be forgotten. "A people already sanctified by the ministry of the Church becomes an instrument of peace and love, a key factor in steady economic growth. Any government that wants to stimulate the economy must first sanctify and shape the conscience and morality of its people. This can only be done through the sacraments, which can never be received virtually", explains Kakura. "How can one believe that the sanctification that comes through Baptism, the celebration of the Eucharist, penance, or anointing can also be received on radio or television? Can the reception of the Eucharist be broadcast on television? Does everyone have a radio, a television or YouTube?", concludes the young seminarian. (JK/AP) (Agenzia Fides, 29/9/2021)