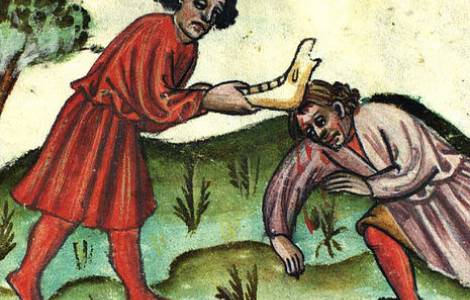 2022-08-23
The alarm of Chaldean Patriarch Sako: world crisis and war in Ukraine aggravate the "alarming" exodus of Christians from the Middle East

Baghdad (Agenzia Fides) - The practice of induced abortion repeats what happened in the story of Cain, who committed the first "premeditated murder" told in the Bible. And for the Church "all human life, including that of unborn children, has its dignity and has the right to be protected. This is what the Chaldean Patriarch Louis Raphaël Sako writes in a text published on the site of the Chaldean Patriarchate, in which he also quotes the paragraph from the encyclical Evangelium Vitae in which Pope John Paul II recalls that in the voluntary interruption of pregnancy "The one eliminated is a human being at the very beginning of life. No one more absolutely innocent could be imagined. In no way could this human being ever be considered an aggressor, much less an unjust aggressor! He or she is weak, defenceless, even to the point of lacking that minimal form of defence consisting in the poignant power of a newborn baby's cries and tears. The unborn child is totally entrusted to the protection and care of the woman carrying him or her in the womb" (Evangelium Vitae, 58).
The patriarchal considerations on abortion practices are included in a text of reflections on Sacred Scripture and the doctrine of the Church: a kind of "catechism of the patriarch", full of references to the current problems and events of the moment, which Cardinal Sako publishes in sections in the media of the Chaldean Patriarchate. In the text in question, the biblical story of Cain and Abel, "the two first sons of Adam and Eve", raises radical questions about the mystery of evil that accompanies the history of mankind. "How is it possible that man, created in the image and likeness of God, can become like a ravenous beast?" asks the patriarch. The Bible - continues the Iraqi Cardinal - acknowledges in the book of Genesis that hatred and violence are part of human history. And even our time is marked by murders and acts of death which "are carried out under the guise of God and of religion". The story of Cain and Abel highlights the fact that the horror of murderous violence can also bloody and break the bond of brotherhood, of shared filiation. Evil - the biblical text teaches - did not enter the world by the will of God, who wanted death in his work of his Creation.
The gates of violence and death were opened by the ingratitude and pride foretold in the biblical story of original sin, the corrupt fruits of which find their first manifestation in the death of Abel at the hands of his brother Cain . "Just as Adam and Eve strayed from God's presence" continues Patriarch Sako, "the murderer Cain did the same, and any premeditated murderer will do the same. Because human life is a sacred gift of God, and that no one has the right to take it away ". Evil, having entered the world, affects relations between brothers. It destroys the harmony between human beings. And in the face of all of this, there is no need for willpower or generic appeals to compassion, since human beings are incapable of "humanizing" themselves. Only the gratuitous and unprecedented occurrence of the salvation brought to the world by Christ can, by grace, germinate the seeds of forgiveness at the heart of human relationships. A miracle without which any call for dialogue and fraternity risks turning into stifling moralism, or a "party game". (GV) (Agenzia Fides, 23/9/2021)

AMERICA/NICARAGUA - Cardinal Brenes: "Let us be missionaries of the Word so that many may be transformed"

AFRICA/NIGERIA - Hunger, insecurity, desertification will be at the center of the regional meeting of the Bishops of West Africa