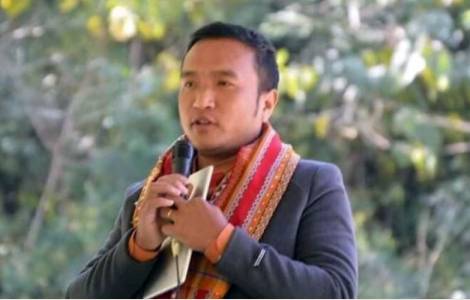 Hakha (Agenzia Fides) - The violence and revenge of the Bimano army are hitting innocent civilians all over the nation. As Fides learned, on September 18, the town of Thang Tlang, one of the nine towns of the Burmese State of Chin, in western Myanmar, was set on fire by the Myanmar army. 80% of the approximately 10,000 residents fled to the forests, neighboring villages or to the Indian border.
"We will never forget this tragedy", say the inhabitants of the town, which is located in the territory of the Catholic diocese of Hakha. Cung Biah Hum, a Baptist Christian pastor, who was trying to put out the flames, was shot dead. The Baptist Pastor, while he was working to put out the fires, prayed to the Lord to send heavy rains on the city. He was killed while he was saying prayers. As confirmed to Fides by the Chin Baptist Convention (CBC), the Pastor, who led the Thantlang Centenial Baptist Church (TCBC), died trying to save the city, while the army carried out cruel acts, creating thousands of displaced people. According to the CBC, the military also cut off the pastor's finger to extract his gold ring and stole his cell phone and watch. In recent days, more than ten villages have been set on fire by the military, who behave in a violent and cruel manner towards Burmese civilians. Father David Hmung, a local priest, calls these actions "inhuman and cowardly". Behind these acts lies the army-orchestrated revenge, organized after the Chinland Dfecnce Forces, resistance militias, attacked the military camp in the village of Lung Ker, near the border with India, during the first week of September, killing 15 soldiers. Among the violence perpetrated by the Tatmadaw (the Burmese regular army), a Catholic woman, Mary Win, a parishioner of the Catholic Church of the Sacred Heart in the city of Hmaw Bi, in the Archdiocese of Yangon, told Fides that on September 14, the military and the police force violently entered the Catholic Church complex in the city of Hmawbi. The military had received information about the alleged presence of members of the "People's Defense Forces" who took refuge in the church complex and the house of the clergy. The military broke into the church complex by climbing the fence wall. When they arrived at the clergyman's house, they asked the priest present, Father Stefano, assistant priest, why he had not turned on the lights and the priest replied that they were in the dark for financial reasons.
After the priest's response, a soldier was about to hit him, but a young man stopped the soldier from doing so. The young man was then beaten, arrested and his cell phone checked, in which photos of members of the National League for Democracy were found. Therefore the soldiers arrested him. Speaking to Fides, Father Dominic Teal, a priest of the diocese, condemns this violent action saying that the soldiers must "respect the sacred place of the Church and refrain from attacking unarmed civilians and priests". (JZ-PA) (Agenzia Fides, 22/9/2021) 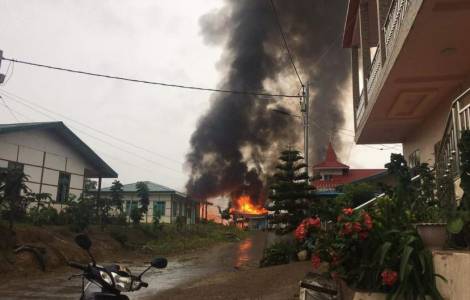