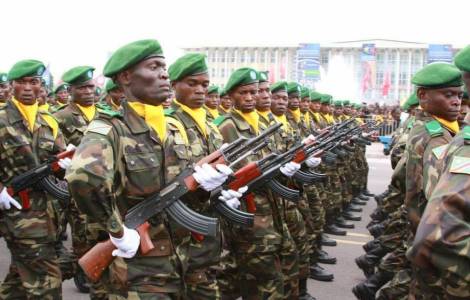 Kinshasa (Agenzia Fides) - Endemic insecurity in the eastern provinces of the Democratic Republic of Congo (North and South Kivu and Ituri) has serious humanitarian consequences. In the province of Ituri alone, according to the United Nations office for the Coordination of Humanitarian Affairs (OCHA), there are 2.8 million people affected by acute food insecurity and more than 1.7 million internally displaced persons, of whom 14% live in camps and 86% stay with families who have agreed to host them. The reason for such a high number of displaced persons is the resurgence of insecurity in the Djugu and Irumu territories since May. In its report, OCHA has documented more than 100,000 cases of severe acute malnutrition in children under the age of five. OCHA also states that at least 48,000 pregnant women are at risk of giving birth while fleeing, or living in a refugee camp, or staying with another family. The document reports that 28 health facilities have been destroyed or damaged and that 265 schools have suffered the same fate, affecting almost 70,000 students. OCHA has also documented 13,509 cases of human rights violations (rights to life, property, physical integrity, freedom) and sexual violence. The Peace Network for the Congo (promoted by the missionaries working in the area) reports that while two eastern provinces, Ituri and North Kivu, are officially under the regime of martial law since May 6 (see Fides, 7/5/2021) and a third, South Kivu, is shaken by violent unrest.
According to the results obtained, of the 11,905 soldiers officially deployed in Ituri, only 8,962 are actually present and engaged in the various military operations against armed groups. Even in North Kivu, out of an official total of 9,393 soldiers, only 7,873 are actually on the spot. In South Kivu, the gap seems even greater: of the 20,717 soldiers officially deployed, only 16,717 are counted. The difference between the total number of soldiers officially deployed (42,015) and the total of those actually present (33,552) is 8,463 units (2,943 in Ituri, 1,520 in North Kivu and 4,000 in South Kivu). These differences are mainly due to the lack of registration of deceased soldiers (656 in North Kivu, 1,142 in South Kivu and 1,116 in Ituri) and military deserters, whose paychecks are pocketed by some senior officers. (L.M.) (Agenzia Fides, 8/9/2021)