AMERICA/MEXICO - Migrants: forced disappearances are not a memory of the past and times of dictatorship, new cases are increasing day by day 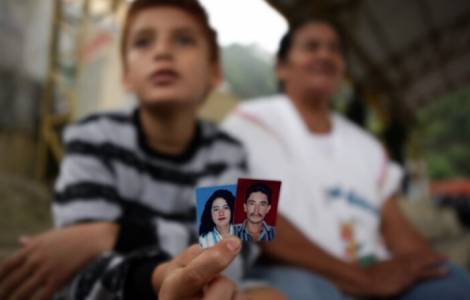 Yucatan (Agenzia Fides) - "We want to draw attention to the disappearance of thousands of migrants on our continent. There are many routes and different forms of irregular migration, but all full of risks and among them, disappearance and death. In particular, we remember all the migrants who disappeared in Mexico. Many were victims of massacres, others, perhaps, are among the unidentified remains and, many, many more, are those of whom there is no trace". This is what the church network for Latin America and the Caribbean "Red Clamor" recently published statement and sent to Fides, signed by its President, Archbishop Gustavo Rodriguez of Yucatan (Mexico). For the International Day of the Victims of Enforced Disappearances, the President expressed "his solidarity with the victims of enforced disappearances", and called on the States "to increase their efforts to protect the population and guarantee its rights".
Citing the UN General Assembly Resolution of 18 December 1992, on the protection of all persons from enforced disappearance, the communiqué underlines that "unfortunately, in our American continent, enforced disappearances are not a thing of the past and were not a reality only of conflicts in times of dictatorship. Truth and justice have not been assured for past cases and, day by day, the number of new cases is increasing". Therefore "we ask the rulers of all countries to remind their military forces and all kinds of public security institutions, that their duty is to serve and ensure security, not to persecute, arrest, disappear and kill civilians". At the same time, they are urged to investigate, convict and punish members of the military and public security who are involved in such acts.
The state institutions of the countries of origin, transit and destination are reminded that "truth, justice and reparation are
are a right of the victims", which they are required to ensure with every effort and without distinction. Finally, Christians, citizens of good will, should continue to be close to those who suffer the loss and disappearance of a loved one and join their struggle for truth and justice. (SL) (Agenzia Fides, 31/8/2021)