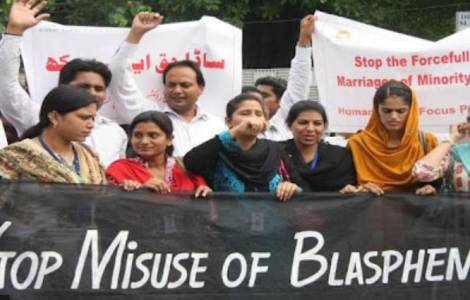 Islamabaad (Agenzia Fides) - A The Christian Shagufta Kiran from Islamabad was arrested on July 29th by the Federal Investigation Agency (FIA) for allegedly sending a message with blasphemous content via WhatsApp. As the organization "Center for Legal Aid Assistance & Settlement" (CLAAS) now reports, is still in custody.
Shgufta's husband Rafique Masih, reports that armed agents raided his home and arrested his wife and two children, accusing them of violating the blasphemy law, by forwarding a WhatsApp message with blasphemous content. "They forcibly seized our phones, computers and other valuables", he said. "They took Shagufta and my two children with them without prior information or arrest warrant. They took my wife and children to the police station and sued them under Section 295 -A and 295-B of the Pakistani Penal Code (the so-called Blasphemy Act), but later released my children".
Rafique Masih and his children fled Islamabad following threats and moved to a safe place. According to the reconstruction, Shagufta was arrested for belonging to a WhatsApp group in which another person from the group allegedly shared a blasphemous message that Shagufta forwarded to other people without reading it and without knowing the consequences. "Shagufta did not know anything about the post, she wasn't the author of the post in question, but she was accused of having spread it", Rafique explained.
Nasir Saeed, director of CLAAS, expressed his concern over the continuous abuse of the blasphemy law, which mainly affects poor and illiterate members of religious minorities: "This is not the first time someone has been accused of sharing a text message or a post on social media. The authors of such messages should be sought and prosecuted. Now for Shagufta Kiran a judicial ordeal and suffering begins that can last for years, until she can prove her innocence".
In this context, Saeed also recalls the story of the Christian couple Shafqat Emmanuel and Shagufta Kausar, who were recently released after seven years in prison (see Fides, 4/6/2021). The two were sentenced to death for alleged blasphemy through a text message classified as blasphemous. In early June, the Lahore Supreme Court overturned their 2014 death sentence and recognized the plot against them, as the two are illiterate and unable to text messages in person. However, it has not been ascertained who wrote these messages, so the abuse of the law in her case also goes unpunished.
In recent days, thanks to the commitment of their defense lawyer, the Muslim Saif-ul Malook (who was also the lawyer in the Asia Bibi case), the two have safely reached the Netherlands in Europe.
In April, the European Parliament adopted a resolution in favor of Shagufta Kausar and Shafqat Emmanuel, calling on Pakistan to guarantee freedom of religion and on the EU authorities to review trade agreements with Pakistan for respect for individual rights and freedoms. (PA) (Agenzia Fides, 31/8/2021) 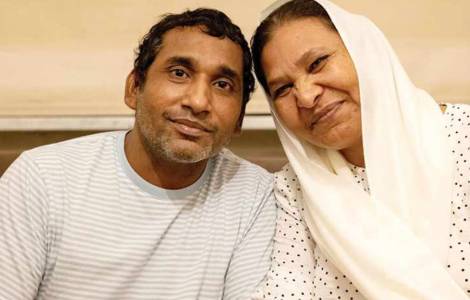