AMERICA/HAITI - Camillians provide help after earthquakes: "We must give people dignity and love, as Jesus teaches us" 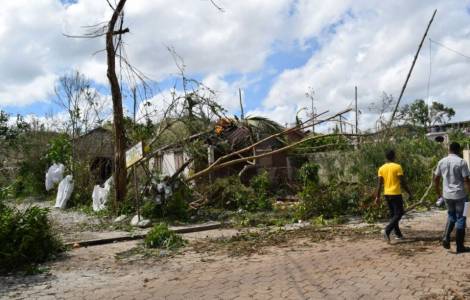 Port au Prince (Agenzia Fides) - "Our medical team is mobilized and is already available to continue welcoming more and more people and provide them with the necessary care. We wish the Haitian people resilience, let us arm ourselves with courage and use our intelligence to live these difficult times by seeking solidarity and giving dignity and love to patients, as Jesus taught us", said Father Robert Daudier, director of the Saint Camille Hospital in Port-au-Prince, in an interview with Fides on the program of material and spiritual aid launched by the Camillians after the 7.2 magnitude earthquake that struck the Caribbean island on August 14th.
"At 8:30 in the morning", said Father Robert, "we felt the shock and, as a precaution, left our houses. I contacted my confreres who live in Jérémie, an area near the epicenter of the earthquake, and they told me that the whole area is badly damaged and one cannot travel. Great damage was caused all over the south of the country", the priest continued, "where the population was already living in misery before. With this catastrophic earthquake, the extremely precarious situation of the population becomes even more alarming. There are many human lives to be mourned and severe damage to buildings and infrastructure". According to figures published by the local authorities, the number of victims is steadily increasing: to date, over 2,000 dead, 344 missing and more than 10,000 injured.
The Camillian religious present in Haiti, both in Port-au-Prince and in Jérémie, immediately started to provide the people with first aid supplies. "In Jérémie - the missionary reports - we run out of almost all of our food, medicine and medical supplies in order to help the people immediately. The roads are blocked by landslides and many villages cannot be reached", explains Father Daudier, "there is a lack of drinking water, diesel and electricity. Last week a group of volunteers left the Saint Camille Hospital in Port-au-Prince in various vehicles to bring food, medicine, clothing and more to the earthquake victims", he continued. "We continue to receive the sick, injured and traumatized people from the earthquake areas. Our operating theaters are at full capacity".
"As soon as the emergency situation is over", said Father Robert about the future plans, "we will participate in the construction of houses for the displaced. In September, two more containers with food, medical supplies, medicines and much more will be on the way. Once again, faced with yet another emergency - he concludes - we must continue to accompany the families in the future and respond to their needs". (ES) (Agenzia Fides 25/8/2021)