ASIA/INDONESIA - Young people become catechists by choice: a gift for the Church 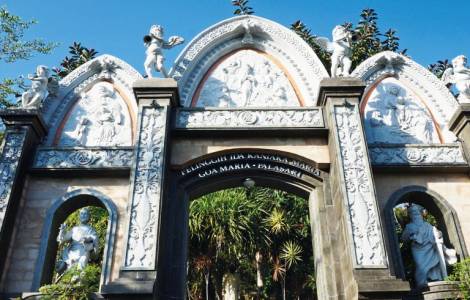 Jakarta (Agenzia Fides) - Many young Catholics in Indonesia are committed to a special training and study program to become catechists. Those who come from families with much greater financial possibilities will go to university or be able to pursue higher education. Many others, although they come from families experiencing financial difficulties, can choose the path of formation to become catechists, which is not closed to anyone, since the Church considers it a ministry and a vocation.
Fides has collected some stories and experiences of catechists in Indonesia. August G. Thuru, a catechist in Denpasar, Bali, began his professional career as a teacher in various high schools. Years later, he continued his catechism training school in Madiun and later in a specialized Pastoral Institute in East Java.
"Since 1983, I have been a volunteer catechist at St Anthony's Parish Church in Baturaja, Bali", says Thuru, 65, who now lives in Flores, East Nusa Tenggara province. He has been doing the same job since he was a student in East Java, conducting pastoral catechism activities in various East Java logos between 1988 and 1990.
He then worked at a radio station in Padang, West Sumatra, and at a local newspaper in Bali, but Thuru still devotes himself personally as a fully trained catechist in Bali, "since 1999 without receiving any salary from the Church", he adds.
Another story is told by Suwandi, a catechist from Sukakarya, Bengkulu province, in the Archdiocese of Palembang (which covers three provinces of Sumatra: Bengkulu, South Sumatera and Jambi). Born in Central Java, Suwandi was brought up by his parents who emigrated to South Sumatra in the early 1960s. The opportunity to become a recognized and employed catechist was presented to him for the first time by a Dutch missionary priest in Palembang who motivated him to become a teacher.
He was then sent by the missionary priest to Malang to study pastoral care and catechism and then assigned to Bengkulu to begin his pastoral work as a catechist.
Riding a motorcycle in the middle of a dense forest, from central Bengkulu to dozens of different places in the province, was a precious experience for Suwandi, who came to know and share the gospel with people in many villages. "Many friends have helped me or even offered me hospitality in their homes", Suwandi tells Fides, who is employed by the local Church, doing this job full-time. "Faith is a serious challenge", says Suwandi, who lived it "on the road", because in Bengkulu, where many palm plantation workers live in rural areas, catechism is offered "accommodating" them with usual lives of these low-income workers.
"Accidentally encountering wild animals on my travels is a normal experience", says Suwandi. For both Thuru and Suwandi, becoming catechists was "a religious vocation to serve others": their primary task is to prepare young people for baptism and confirmation.
A different story is shared with Fides by Francis Xavier Rickoloes Pricorianto, a professional geologist from the diocese of Bogor, in West Java. After years of working experience in remote areas with mining companies, of a national or international character in different areas of the country, Pricorianto was "called" spiritually to participate in a two-year training program on the Holy Scriptures. Animated by this training, students are motivated to become evangelizers for others in their social community. Enthusiastic, Pricorianto offered to help Msgr. Paskalis Bruno Syukur as an “evangelizer”.
"Since last year, I have been officially commissioned by the diocese of Bogor to teach catechism to people who are preparing for baptism and confirmation", Pricorianto told Fides. Many challenges are encountered in carrying out this spiritual mission in Bogor: "It happens quite often that members of my catechism class leave the program due to an unforeseen event such as moving to another city, the annulment of a marriage or abandonment of the training course without any notice". There we see the zeal of the catechist who approaches each of the participants, showing special personal attention, made up of understanding, empathy, consolation, comfort, hope. (MH-PA) (Agenzia Fides, 18/8/2021)