AMERICA/PERU - The Bishops for the Bicentenary: defend democratic institutions, build peace and integral human development, reject all forms of violence 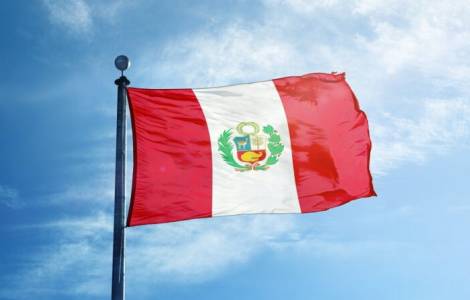 Lima (Agenzia Fides) - Peru will celebrate the bicentenary of its independence on July 28 and 29. A massive deployment of police across the country, especially in places that will host official events, will help ensure peace and security. On this occasion, the President of the Peruvian Episcopal Conference, Mgr Miguel Cabrejos Vidarte, Archbishop of Trujillo, recorded a video message entitled "All united for Peru", in which he invites people to share "the joy of being the heirs to a great history and, at the same time, some of the most pressing challenges we face today". The Archbishop urges us first of all to "firmly defend the democratic institutions of our dear Peru, to build peace and integral human development, rejecting all forms of violence, wherever they may come from". The country's bloody past has left many wounds that have not yet healed, and it therefore calls for a commitment to reconciliation and social friendship among all, following the call of Pope Francis in his encyclical letter Fratelli tutti. "We renew our commitment to the life and respect for the dignity of people, especially the poorest and most vulnerable, giving priority to whole families who are suffering from the effects of the pandemic", urges Monsignor Cabrejos Vidarte, hoping for the consolidation of vaccination and health care programs, through collective work based on fraternity and solidarity. "Let us build and do not destroy our beloved country! In commemorating the bicentenary of independence, let us seek a new beginning, involving everyone, without anyone being left behind", urged the Archbishop, who invites us to reaffirm the commitment to unity through sincere dialogue, creating bridges of communion and solidarity to overcome the differences and polarization that increase distances. The Peruvian Church, which was present at the birth of the Republic, reaffirms its desire to continue working in a fraternal way, listening to all social sectors, always respecting the dignity and rights of each person, in particular women and children. Finally, Monsignor Miguel Cabrejos Vidarte invites us to take care of creation, the Amazon, biodiversity and the linguistic wealth of the original peoples, "with respect and responsibility, always thinking of present and future generations". (SL) (Agenzia Fides, 28/7/2021)