AFRICA/EGYPT - Gestures of brotherhood between Christians and Muslims on the occasion of Eid al Adha, the Islamic Feast of Sacrifice 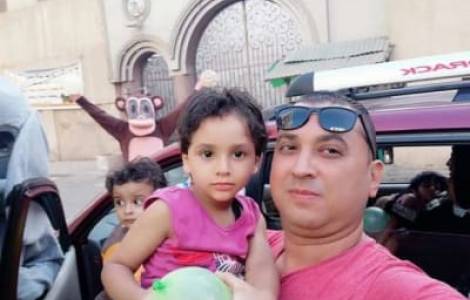 Cairo (Agenzia Fides) - Also this year, on the occasion of Eid al Adha, the Islamic Feast of Sacrifice celebrated on July 21, gestures and initiatives of fraternal solidarity between Christians and Muslims in Egypt were renewed. These are not unusual scenes in the great Egyptian country, where even the coexistence between Christians and Muslims is punctuated by recurring local episodes of sectarian conflict, and where Coptic Christian communities have suffered ferocious massacres by organized groups of the jihadist galaxy.
In several Egyptian provinces, high representatives of the ecclesial hierarchies have made formal gestures of homage to the local political and military authorities. Among others, Anba Kyrillos William, Coptic Catholic Metropolitan of Assiut, attended with a delegation from his archdiocese to pay homage to the Chief of Staff Moheb Habashi, Commander of the Southern Military Region. Anba Timotheos, Coptic Orthodox Bishop of Zaqaziq, also visited, together with some representatives of the diocese, Dr. Mamdouh Ghorab, Governor of the Governorate of Sharqia, and General Ibrahim Abdel Ghaffar, at the head of the armed forces of the eastern provinces of the Country. Among the most striking initiatives are the gestures of fraternal closeness made spontaneously by members of the local Christian communities. A group of young Copts in the Governorate of Beni Suef - reports Copts Today news agency, stood at the doors of the mosques to facilitate the entry and exit of Muslims from the festive prayer, checking that the measures were respected imposed by the pandemic and distributing health protection masks to those who did not have them. In particular, in Beni Suef, Christian men and young scouts were posted in front of the mosque of Omar Bin Abdulaziz from 4.30 in the morning, one hour before the start of the Eid al Adha prayer, to coordinate the entry of Muslim fellow citizens in their place of worship in compliance with anti-pandemic provisions.
"We and our Muslim brothers and sisters belong to he same social fabric, we will never forget when they came to protect our churches in difficult times, and we are happy to be able to offer them help and assistance on the occasion of Eid al Adha", said Youssef William Nassim, Secretary General of the Scout Service in the Coptic Orthodox Diocese of Beni Suef. In the same city, on the occasion of the Islamic holiday, young Copts also organized entertainment initiatives for Muslim children (in the photo), distributing sweets, chocolates and balloons and organizing social events with entertainers dressed as cartoon characters.
For his part, Sheikh Ahmed Karima, a well-known theologian and professor at the Sunni University of al-Azhar, invited Muslims to share with their Christian neighbors the meat and food prepared for the Feast of Sacrifice, while inviting them to treat animals subjected to ritual slaughter with respect, avoiding unnecessary suffering and refraining from the disgusting and even dangerous behaviors from a health point of view that unfortunately continue to characterize the celebration of Eid al Adha in some areas. The feast of Eid al Adha commemorates Abraham's test of obedience to God, when the Father of all Believers, revered by Jews, Christians and Muslims, was willing to sacrifice the life of his son Isaac following the will of God. During the feast, Islamic family clans sacrifice an animal to commemorate the substitute sacrifice of a ram made by Abraham himself, after the Angel had stopped his hand ready to sacrifice Isaac. (GV) (Agenzia Fides, 22/7/2021)