AFRICA/EGYPT - Pope Tawadros: money, the media and the marketing of big companies are today the true "masters of the world" 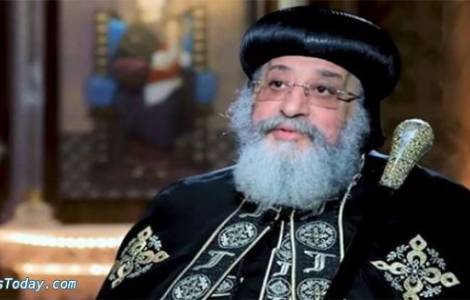 Cairo (Agenzia Fides) - The current state of the world is dominated by three "global powers" that do not identify with governments and political apparatuses, but rather fuel wars and violent conflicts according to their interests, while shaping the feelings and will of individuals and the crowds with sophisticated instruments of manipulation that are unprecedented in history. This realistic and at the same time unusual description of the true factors of power that dominate the world scene was proposed on the evening of July 14 by Pope Tawadros II, Patriarch of the Coptic Orthodox Church, during the traditional catechetical meeting on Wednesdays which he has celebrated in the Coptic Orthodox Cathedral of Cairo. In his catechesis on the letter of Saint Paul to the Philippians, the patriarch draws attention to the words used by the Apostle to the Gentiles to describe the humanity of his time, which he described as a “perverse and degenerate generation”. Today - admits Pope Tawadros - the Holy Apostle martyred in Rome would probably use the same expression before the sins, conflicts and failures that mark the current time. A time without peace, dominated, according to the patriarch, by three "Masters" as omnipresent as they are difficult to identify with people and unique acronyms of power. The world - continues the Patriarch - is dominated above all by money, which moves in the world through the new and formidable mechanisms of speculative finance. A domination - recalls Pope Tawadros - foreshadowed in the Gospel by Christ himself, when the Son of God told his disciples that 'no one can serve two masters, because either he will hate one and love the other, or he will have consideration for one and contempt for the other. You cannot serve God and Mammon" (Mt 6:24). Having access to economic resources - added the Patriarch, moving away from ideological rigor and esoteric and moralistic pauperism - "can be a blessing from God", and there have been many saints even among the rich. But it is an objective fact – points out the Primate of the Coptic Orthodox Church - that it is money that moves and feeds the wars and conflicts that stain the world with blood.
Another factor that exercises predominant power in the current condition of the world has been identified by the Patriarch in the marketing of corporations, the large multinational companies that with their pervasive networks have created a new "global oligarchy" capable of exercising dominion over the lives of men and women that is now much more effective and invasive than that represented by the policies of governments and regimes. To the overwhelming power of companies, the patriarch adds the power of the media, by affinity and partial overlap, especially in the version represented today by social networks and those who dominate the digital sphere, capable of accumulating stratospheric benefits while manipulating brains and the consciences of multitudes of "users", dictating new rules of behavior for all and imposing new "mass" idols and taboos. "In this world", adds the Patriarch, "Christians are called to confess and bear witness to the liberation of the Gospel. Faced with the current conditions of the world, Pope Tawadros invites us to recognize as still valid the suggestions of St. Paul in the Letter to the Philippians: even in the time of what he called a "perverse and degenerate generation", the Apostle of the Gentiles invited his brothers to free themselves from recrimination and regrets for bad times, trusting only in the grace of Christ, who can accompany each man and each woman on the path of life, even in difficult moments, including in an unimaginable way, the expectations of happiness and salvation with which the heart of the human being is woven, even when it is buried under the cloak of oblivion and disfigured by the evil of one's own and other people's sins. (GV) (Agenzia Fides, 15/7/2021)