AFRICA/SOUTH SUDAN - 10 years of independence marked by civil war: the appeals for peace by Pope Francis and Christian leaders 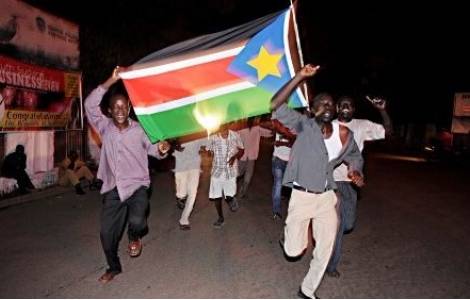 Juba (Agenzia Fides) - "As we mark ten years of our independence today, with pains in our hearts, there is little to celebrate. It is truly a difficult time and experience for us, the people of South Sudan. Our hearts continue to groan with pain, anguish, turmoil, despair, and misery as lives are lost every day in every corner of our country", say the Christian leaders of South Sudan in a message for the country's 10 years of independence. On July 9, 2011, South Sudan separated from Sudan and became an independent state, but in December 2013 a civil war broke out which resulted in thousands of victims and millions of displaced persons and refugees. "Conflict has become the context in which we are evolving with rampant proxy inter-communal violence, increasing cases of sexual violence, revenge killings, and land grabbing and child abduction", states the message of the South Sudan Council Of Churches (SSCC ). These protracted armed conflicts, the SSCC points out, destabilize not only peace, but also slows down the socio-economic development of the country.
Proposing paths to peace, the churches’ Council said that the Revitalized Agreement on the Resolution of Conflict in the Republic of South Sudan (R-ARCSS) signed in 2018 is "the most viable framework for peace and a beacon of hope for South Sudanese" but is unfortunately stifled by a lack of political will. In any case, the major parties (SPLM, SFLA-I0, SSOA, SSOPP) have signed the peace agreement and support it. The different armed groups have been brought together and are being trained to form a national army. The Council of State and the Legislative Councils were formed and the members of the two Houses of Parliament were sworn in.
The Christian denominations present in South Sudan assure that the churches will continue to stand with the citizens in advocating for sustainable peace, justice, healing and reconciliation. In this regard, the SSCC urges non-signatories to the peace deal to embrace dialogue in order to promote peace.
"Your nation is blessed with immense potential, and we encourage you to make even greater efforts to enable your people to enjoy the full fruits of independence", said Pope Francis along with the Archbishop of Canterbury Justin Welby and the Moderator of the Church of Scotland Jim Wallace in the message to the political leaders of South Sudan on the occasion of the 10th anniversary of independence. "Much more needs to be done in South Sudan to shape a nation that reflects God’s kingdom, in which the dignity of all is respected and all are reconciled", states the message. We recall with joy and thanksgiving the historic meeting of the political and religious leaders of South Sudan at the Vatican in 2019 and the weighty promises made on that occasion. We pray that those promises will shape your actions, so that it will become possible for us to visit and celebrate with you and your people in person, honouring your contributions to a nation that fulfils the hopes of 9 July 2011. In the meantime, we invoke upon you and all in South Sudan God’s blessings of fraternity and peace", he concludes. (L.M.) (Agenzia Fides, 10/7/2021)