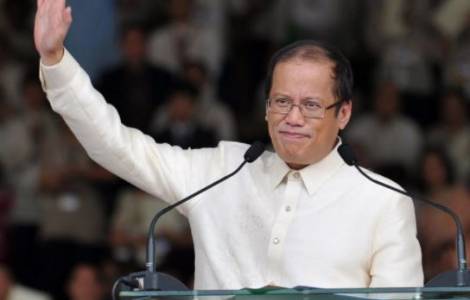 Manila (Agenzia Fides) - The Bishops of the Philippines praise the contribution offered to the life of the nation by the former President of the Philippines Benigno S. Aquino jr III, who has just passed away: "The Bishops of the Philippines will remember President Aquino for his profound dedication to democracy, good governance and the dignity of the human person. We are grateful for the mutual respect that existed between his administration and the Catholic Church in the Philippines, rooted in our unwavering faith in the Triune God, and our common commitment to build a just and humane society, especially for those in need", says in a note Mgr. Romulo G. Valles, Archbishop of Davao, president of the Bishops' Conference of the Philippines (CBCI).
Benigno Aquino jr III, fifteenth president of the Country, died in a hospital in Manila on June 24 due to kidney failure caused by diabetes at the age of 61. After the funeral rite, the burial is scheduled for tomorrow, June 26th.
Expressing the Church's closeness to the family, the note states: "We recommend his soul to our heavenly Father, trusting in his mercy and in his love for him. We offer our condolences and prayers to the Aquino family, friends and colleagues of the former president and the entire Filipino nation as we mourn the passing of President Aquino". "We also remember, with gratitude, the role and participation that his administration played in ensuring the success of ecclesial events such as the canonization of Blessed Pedro Calungsod in 2012, the Apostolic Visit of Pope Francis in 2015 and the 51st International Eucharistic Congress in Cebu City in 2016", added Mgr. Valles.
Mgr. Pablo Virgilio David, Bishop of Kalookan, vice president of the Episcopal Conference said: "As President, Aquino III proved himself worthy son of such great parents to whom the nation is indebted for the restoration of democracy in our country". Cardinal Jose Advincula, who took office on June 24 as the new Archbishop of Manila, prayed for the former President: "Let us entrust him to the mercy of our loving Father and pray now for the eternal rest of his soul", he said.
President Rodrigo Duterte announced a period of national mourning from June 24 to July 3, with the national flag at half mast on all government buildings, for the death of Aquino. In his message, Vice President Leni Robredo said: "Aquino tried to do what was right, even when he was not popular. He worked tirelessly for the good of all. He will be missed". Aquino won the presidential election in 2009 and ruled as the 15th President of the Philippines from 2010 to 2016. He was the son of two icons of democracy in Southeast Asia: his father, Senator Benigno Simeon "Ninoy" Aquino Jr., staunch opponent of the then dictator President Ferdinand Marcos, was assassinated on his return to the Philippines, after exile in the United States, in 1983. That murder generated the wave of indignation that resulted in the popular revolution of 1986 which ended with Marcos' flight to the United States. It was then that the mother of Aquino jr III, Corazon Conjuanco Aquino, was elected President and governed the country from 1986 to 1992, distinguishing herself in strengthening the path and democratic institutions. (SD-PA) (Agenzia Fides, 25/6/2021)