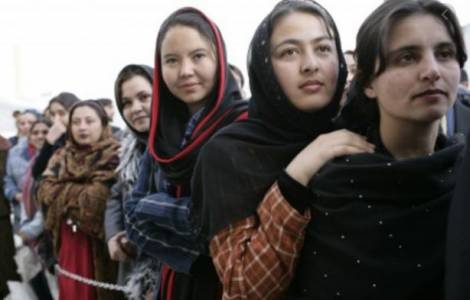 Kabul (Agenzia Fides) - "The situation in Afghanistan is worrying from all points of view, as the departure of the American contingent could leave a large space for the opposition, the Taliban. The future of the country is unpredictable and, according to many analysts, the risk of falling back into a civil war, as already happened in 1992, cannot be excluded. The agreements established leave a glimmer of light, but there is the fear that from now on the steps carried out by Afghan civil society in the last twenty years may be cancelled. These were not giant steps but, during the period of the presence of NATO troops, the life expectancy of Afghans has increased from 40 to 60 years, and the level of education has also risen in the female population". This is what Father Barnabite Giuseppe Moretti, missionary in Afghanistan from 1990 to 2015 and superior of the Missio sui iuris in Kabul since 2002, told Agenzia Fides. In an interview with Fides, the Barnabite assesses the consequences of the withdrawal of NATO troops from the country. According to Father Moretti, the massacre of female students in Kabul on May 8 is a clear signal from fundamentalists: "It was not a generic group of female students that was attacked: the terrorists wanted to hit girls returning home after a day at school. This is a clear message of what awaits women if the former Taliban took power. We remember that during their government, it was decreed that the education of girls should stop at 8 years of age".
The root of the change in the country, explains the Barnabite, comes above all from the feminine universe: "Afghan women are intelligent, resolute, they want to redeem the slavery under which they lived, while remaining in compliance with Islamic law.
There is a real movement: many girls attend school, get their driving license, become extraordinary workers, and now it is feared that all this could be lost". According to Father Moretti, the hope of the country is represented by the new generation which has not known the repression of the Taliban government: "The Afghan youth have been trained in these twenty years and undoubtedly must become, or perhaps they already are, the force to counteract a possible return to the past. They have studied, they have the modern means, they know what freedom is. One of the positive aspects of the international presence in recent years has been the spread of the means of communication and the positive values of human life in freedom. We must have hope and trust and pray that the Western world will truly remain alongside Afghanistan at this critical moment".
The Barnabite's reflection comes as a report by the NGO "Human Rights Watch" on Afghanistan reports a country which is beginning to feel the effects of the retreat of the Western powers: the population is becoming increasingly impoverished and medical care, generally guaranteed by foreign donations, is becoming increasingly inaccessible, especially for women and, in general, for those living in rural areas. (LF-PA) (Agenzia Fides, 24/5/2021)