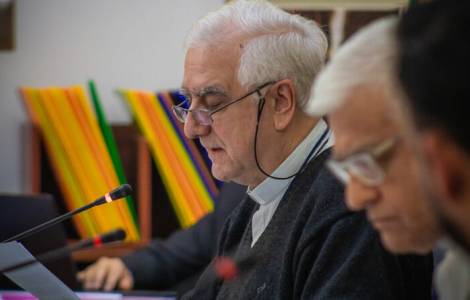 Bogota (Agenzia Fides) - In these days "we have carried out, in a spirit of communion and fraternity, a contemplative gaze at the Latin American and Caribbean reality, with a universal and hopeful vision, and in the perspective of 2031-2033". At the same time "we have illuminated this reality with the theological, ecclesiological and pastoral foundations of the process of renewal and restructuring of CELAM". This is what the Bishops who form the Presidency of the Latin American Episcopal Council (CELAM) wrote at the end of the 38th General Assembly, held in virtual form from May 18 to 21, in the message sent to the 22 Episcopal Conferences of Latin America and the Caribbean, in which they presented an assessment of the work. Among other topics addressed there is also the journey of the Ecclesial Assembly of Latin America and the Caribbean, Aparecida: "Memory and challenges", and of the Ecclesial Conference of the Amazon (CEAMA). Presenting to the Episcopal Conferences the document that guides the beginning of this path of this Project of Renewal and Restructuring of CELAM, the Bishops highlight that "it is the result of a long and intense journey of discernment that has involved many and various pastoral workers and ecclesial institutions, and has required numerous consultations, through which a concrete and operational exercise of ecclesial synodality and episcopal collegiality was carried out". The document underlines "the importance of the service that CELAM is called to provide in the coming years, in favor of the Episcopal Conferences and of all the particular Churches of the continent, in the key of synodality, collegiality, integral conversion, with a prophetic voice, an integral continental vision, articulating 'network of networks', promoting decentralization and relevance, welcoming and contributing to the Magisterium of the Church". In the message, the Presidency of CELAM also points out that the intention of the instrument prepared is to provoke and encourage "in all the members of the People of God a personal and community experience with Jesus Christ", in such a way that the joy of this encounter encourages communion, collegiality and synodality in all the Churches of Latin America and the Caribbean, and promote the preferential option for the poor and the care of the common home, "as visible signs of the presence of the Kingdom of God among us". They conclude by encouraging all the Bishops' Conferences to be part of this project: "it is up to us, as missionary disciples of Jesus Christ configured with the sentiments of the Good Shepherd, to assume, encourage and promote this project of renewal and restructuring of Celam, according to a prayerful reading of the Word and a believing, analytical, realistic reading of the signs of the times". (SL) (Agenzia Fides, 22/5/2021)

AMERICA/COLOMBIA - Inauguration of the new CELAM headquarters, intended "to work and serve the evangelization of all the peoples of Latin America and the Caribbean"

AMERICA - Extraordinary assembly of CELAM in July: evaluation of the pastoral journey of the Church in Latin America and the Caribbean