OCEANIA/AUSTRALIA - A life given for the mission: young people remember the martyrdom of Sister Irene McCormack 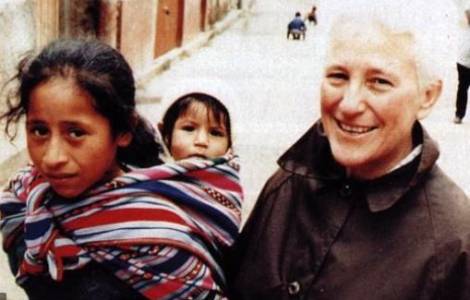 Sydney (Agenzia Fides) - Her example of a life devoted to the Gospel continues to inspire young people today: 30 years after the martyrdom of Sister Irene McCormack, missionary of the Sisters of Saint Joseph executed in Peru in 1991, "Catholic Mission", National Direction of the Pontifical Mission Societies in Australia, organized a commemorative event, inviting students from Catholic schools and universities to reflect on the legacy left by the nun to the Australian Church. The event, held at St Joseph's Convent Chapel in South Perth, focused on the choice of life of the nun, who went on a mission among the poor of Peru after 25 years of teaching in Australia, and was martyred there by members of the group “Sendero Luminoso”.
Called to share their ideas on the experience of Sister Irene McCormack, the students expressed their thoughts with emotional participation, as explained by the diocesan director of the Catholic Mission, Francis Leong: "The students responded with enthusiasm to Sister Irene's testimony and they told us that their faith was strengthened, enriched and challenged by the way she offered her life as a gift of love". To underline how mission can be a privileged instrument of dialogue between peoples and cultures, the initiative was organized in collaboration with members of the Aboriginal Catholic movement.
Among these, Sister Veronica Willaway OSB, an Aboriginal nun of the Yuat Noongar people with a past as a missionary among the Native American peoples of Nebraska, and Donella Brown, director of the Pastoral Service for Aborigines in Perth, who delivered a message to those present on a "stick", the traditional engraved wooden stick, used by Aborigines as a form of written communication: "The hope is that this tool reminds students that they should be a voice for missions and a life lived out of love for God and the poor" . On May 21, in all Australian Catholic schools, the video "Life for love" dedicated to Sister Irene McCormack and produced by Catholic Mission, in collaboration with the Sisters of Saint Joseph of the Sacred Heart, the Pastoral Service for Aborigines, will be screened in all Australian Catholic schools. Irene McCormack Catholic College, St Mary's College, Holy Cross College, St Columban Catholic Primary School and Catholic Religious Australia organization. Founded in Sydney in 1847, "Catholic Mission" contributes to finance projects and initiatives in support of missions in Africa, Asia, Oceania and South America: among the activities carried out are spiritual formation, pastoral care, education, health , sanitation and agricultural programs. In Australia, Catholic Mission is present in 27 dioceses, also dealing with formation and missionary spirituality in the professional and personal life of the faithful. (LF-PA) (Agenzia Fides, 20/5/2021)