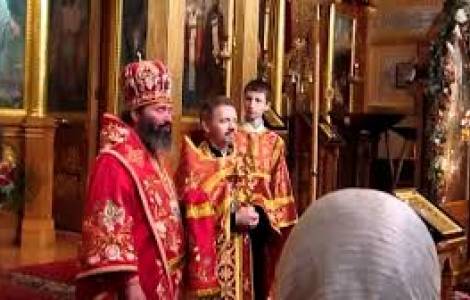 Moscow (Agenzia Fides) - The possible introduction of a change of the liturgical calendar to allow all Christians in the world to celebrate Easter on the same day "is not on the agenda of the Orthodox Church, or at least it is not on the agenda of the Russian Orthodox Church", and in any case the Russian Orthodox have "no intention" of changing the traditional system with which the date for the Easter celebration is fixed in their Church. This was stated in a recent television interview by Metropolitan Hilarion of Volokolamsk, chairman of the Moscow Patriarchate’s Department for External Church Relations. The declaration of the authoritative representative of the Moscow Patriarchate has nipped in the bud recent attempts to reopen the debate on an issue that continues to represent a painful emblem of historical lacerations and the lack of full sacramental communion between the Catholic Church and many Eastern Churches. In many areas of the world, starting with the Middle East, the spectacle of the "divided Easters", celebrated on different days by Christians, ends up being a veil to their common confession of the name of Christ. This year, the Easter celebration for the Eastern Churches that follow the so-called Julian Calendar is set for May 2nd.
The last to try to rekindle the hope of seeing sooner or later all Christians celebrate the Lord's resurrection on the same day was the Orthodox Archbishop Job of Telmessos, a member of the Ecumenical Patriarchate of Constantinople, co-President of the International Joint Commission for Theological Dialogue between the Catholic Church and the Orthodox Church. In an editorial published in February 2021 issue of the Bulletin of the Permanent Delegation of the Ecumenical Patriarchate to the Ecumenical Council of Churches (CEC). Archbishop Job recalled the rule established at the Council of Nicaea (325 AD) according to which Easter should be celebrated on the first Sunday following the first full moon of spring. In 2025, 1700 years will be celebrated since that Council of the undivided Church, and precisely in that year, by providential coincidence in the different methods of calculation, Christians all over the world will celebrate Easter on the same day.
"Perhaps" Job added in his text "the celebration of the 1700th anniversary of the Council of Nicaea in 2025 could be a good opportunity to remind Christians of the need to reform the calendar to define a common Easter date and truly remain faithful to the provisions of the first ecumenical council. The fact that the eastern and western dates of Easter coincide in that year should be taken as an encouragement in that direction". The perspective suggested by Archbishop Job was welcomed and re-launched by Cardinal Kurt Koch, President of the Pontifical Council for the Promotion of Christian Unity, in some statements published by the online agency cath.ch.
Now, the intervention that puts the brake on all this, by the Russian Orthodox metropolitan Hilarion, took its cue from the declarations of Archbishop Job of Telmessios, revealing the unwillingness of the Russian Orthodox Church to change the method of calculating the date of Easter. Interviewed by a Russian television network, Metropolitan Hilarion recalled that the question of the different dates for celebrating Christian Easter periodically re-emerges in the ecumenical debate of recent decades. "But the question here is very simple: who should change their Paschal calendar? For example, we are not going to change it". Hilarion pointed out that the question of the date of celebration of Easter is linked to the need to adopt the so-called Gregorian calendar, instead of the so-called Julian calendar still used by the Church of Byzantine and Slavic Orthodoxy to determine the day of celebration of Easter.
"From time to time", Hilarion stressed, " some people say that we should bring our church calendar in line with the secular calendar. Such attempt was even made in the Russian Church in the 1920s, when Patriarch Tikhon issued an order to switch our calendar to the new style, and two weeks later this order had to be canceled, since the church people did not accept it".
In recent years there have been signs of agreement regarding the purpose of overcoming the "divided Easter" of Christians, especially in the Middle East and Arab countries, especially between the Coptic Orthodox Church and the Catholic Church. Coptic Patriarch Tawadros II expressed the urgency to unify the date of celebration of Easter already in a letter sent in May 2014 to Pope Francis, on the occasion of the first anniversary of his first meeting in the Vatican. In May 2015, during a visit he made to the Netherlands, the Primate of the Church added that the "working" hypothesis from which we must start is to set for all Christians the celebration of the Resurrection of Christ "on the third Sunday in April". (GV) (Agenzia Fides, 7/4/2021)

EUROPE/UKRAINE - Representatives of the US Pontifical Mission Societies visit the country: "We want to share suffering and pain"