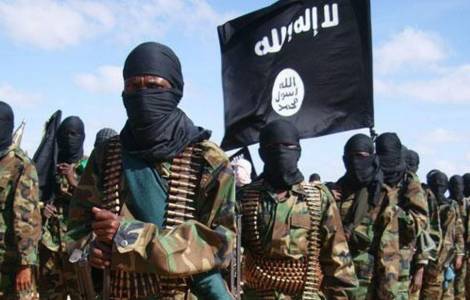 2021-07-27
"Women pray that the sun never goes down, because jihadists attack during the night"

2021-05-14
Assault on the village where the first local Catholic communities were born: at least 5 dead and the desecration of the church

Niamey (Agenzia Fides) - A real psychological war is waged against civilians in the Bomoanga area on the border between Niger and Burkina Faso where, in the night between 17 and 18 September 2018, Fr. Pierluigi Maccalli, Italian missionary of the Society of African Missions (SMA) was kidnapped by jihadist militiamen and released on 8 October 2020 (see Fides, 9/10/2020).
As reported to Agenzia Fides by Fr. Mauro Armanino, confrere of Fr. Maccalli, "the jihadists told the students that they should return to the village to see their families again and to seek help to continue their studies, that now the area that separates and joins their respective villages is closed to trucks, cars, motorcycles and pedestrians. The area was mined to interrupt trade, the market and contacts among the people". "Perhaps it is only a threat, a provocation, a lie aimed at continuing to terrorize the peasants", comments the missionary. "Or there is some truth because the explosive material, also used for the gold mines in the region, is widely available as well as weapons and other explosives which have long been in circulation in this portion of the border between Niger and Burkina Faso".
"This is - continues Fr. Mauro - one step further in the crisis that has left the whole region, since the kidnapping of Father Maccallu - the ground of armed terrorist groups who are holding thousands of peasants hostage". "Pupils and students were forced to move elsewhere to continue their studies. This also applies to dozens of families, terrified and unable to peacefully cultivate the land or raise livestock".
"The threats, whether they are true or not, have undermined the social fabric of this savannah area, bordering Burkina Faso, which is not more than a hundred kilometers from the capital, Niamey", underlines the missionary. The relationships of trust between ethnic groups, religions, projects for growth and social development have been undermined by those who have an interest in creating a new state of affairs called dictatorship. The fact that it is covered with a religious corresponding to a 'Salafist' reading of Islam does not change the final result. Undermining the life of the poor peasants, their source of dignity and hope, also constituted by the religious choice, unfortunately constitutes a crime that has so far gone unpunished. Fr. Pierluigi made liberation from violence and misery the meaning of his mission. This demining work has been left to us as a legacy", concludes Fr. Mauro. (L.M.) (Agenzia Fides, 22/3/2021)