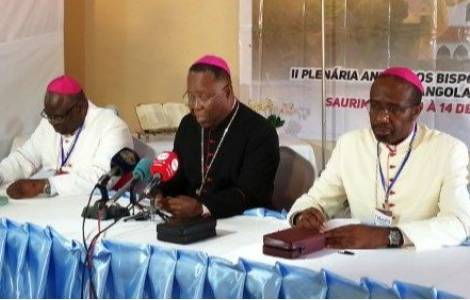 2021-02-22
Missionaries' warning: young people risk losing their faith due to the pandemic

Luanda (Agenzia Fides) - The drop in oil prices, the general crisis in the prices of goods and services caused mainly by financial speculators and the Covid-19 pandemic are currently having severe effects on the population of Angola, denounce the local Bishops.
In their message, entitled "Angola, house of peace, freedom and fraternity", the Bishops praise "the altruism with which many health workers take care of the sick at the risk of their lives" in the face of the tragedy of the pandemic. At the same time, however, they denounce "the lack of protection systems that affects many of them, while the reduced number of professionals, medicines and adequate equipment means that patients suffering from the most common pathologies in our country cannot be treated properly".
However, Angola lives in a context of peace, after decades of war (which ended in 2002), which in recent years has seen "the life expectancy of the population grow steadily, while throughout the country, each of us feels the one's physical integrity is always more guaranteed".
Faced with an improvement in general security, however, an increase in the number of homicides has been observed, some of which have a strong media impact, different from which were committed by husbands or lovers to the detriment of their wives or mistresses. "These are cases that embarrass us, just when we want to leave behind the traumatic experience of war", the message stresses.
The Bishops are also worried about the spread of witchcraft and "magical practices", to the detriment of people who fall victim to alleged "healers"; a phenomenon often tolerated by representatives of the authorities paralyzed by fear and by the belief that possible damage to health can be attributed to "spells".
On the social level, although goods and services provided by the State are currently expanding geographically, imbalances persist between peri-urban and urban populations, those of the countryside and large cities, those of the east and the coast. "These inequalities are reflected in the prices of products for basic needs, electricity and drinking water, the unavailability of health services, education, civil status, social and financial security, inaccessibility to jobs in the public administration", states the message.
"Young people are those who express their frustration with regards to this situation. They often speak of egocentrism and the inability of government officials to look beyond personal, family and group interests", underline the Bishops, who conclude by asking to "reverse the logic of investments and start over from the outskirts of the country". (L.M.) (Agenzia Fides, 3/3/2021)