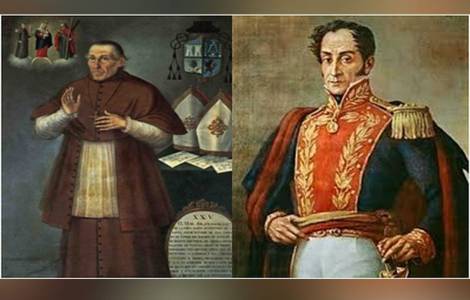 2021-04-09
The Bishops urge vaccinations: "We cannot wait any longer, the human being is above political diatribes"

2021-04-08
The path of the second National Pastoral Assembly: "An outgoing missionary parish for the new times"

2021-03-25
Bishops appeal in defense of great human values, against the imposition of the "culture of death"

Caracas (Agenzia Fides) - "A historic and significant event for our beloved homeland": this is how the Episcopal Conference of Venezuela descrive the meeting between " Libertador" Simón Bolívar and Mgr. Rafael Lasso de la Vega, Bishop of the Diocese of Maracaibo de Mérida, which took place two hundred years ago, in March 1821. On the occasion of this bicentenary, the Bishops published a message, sent to Fides, in which they underline that this meeting "meant adherence to the cause of independence on the part of the illustrious prelate, committing to freedom and the creation of a new Republic, respect for fundamental rights, strengthening of diplomatic relations between the Holy See and the new American nations", in addition to cordiality, friendship and mutual respect between the parties.
Celebrating the 200th anniversary of this meeting, the Bishops continue, must generate "commitments among citizens, according to our Catholic faith in order to promote the values and principles that desire a more dignified life, from conception to natural death, such as the search for fraternity and of social friendship, in the construction of a culture of encounter, inclusion and equality".
This meeting provoked "a serene and convinced dialogue in favor of the independence cause", they continue, which involved the promotion of political, economic and cultural freedom. "This dialogue challenges our situation today as a country, and is added to a global crisis which is affecting the majority of the population", underline the Bishops, inviting a courageous dialogue that is not limited to "a simple exchange of views on social networks, but which is a shared search for the truth as a nation".
Commemorating the solemn meeting of two centuries ago, today it is necessary "to rehabilitate politics in the country" so that it is, according to its vocation, "one of the most precious forms of charity", working for the common good, of the population "who fight every day for its integral human development and overcoming individualisms and selfishness that generate backwardness and violence in the nation". (SL) (Agenzia Fides, 2/3/2021)