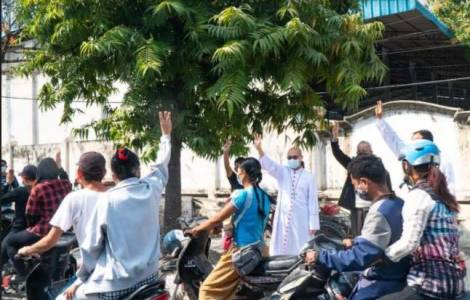 Yangon (Agenzia Fides) - "It is a campaign of civil disobedience and peaceful protest involving citizens of all cultures, races and religions. Today people did not go to work and boycotted public services and offices. People took to the streets with the three fingers raised to symbolize the condemnation of the military coup and to demand a return to democracy", said Joseph Kung Za Hmung from Burma to Fides, editor of the Burmese Catholic newspaper "Gloria News Journal" in a comment on the day of protest in Yangon, where on February 8th the now continuing noise of pots and cans could be heard and red curtains, shirts and tablecloths (the color of the National League for Democracy - NLD) hung at the windows, as a sign of non-violent dissent.
People took to the streets and not only in the former capital where, according to local observers, an estimated 700,000 people were taking part in the demonstrations in various major cities in the country at noon. It is the third consecutive day that there are street protests in Yangon, Mandalay, Naypyidaw (the administrative capital where the police used fire hydrants against demonstrators) and in other cities in the country where activists, doctors, teachers, young and old, women and men, ordinary people, even monks and Christian leaders are present. Joseph Kung Za Hmung states that "the Archbishop of Mandalay, Mgr. Marco Tin Win and some of his priests joined the demonstrators and greeted them with the symbol of the three fingers raised. In addition to Buddhist monks, there are also Christian nuns and lay people. It is a great encouragement, the country is united. Many religious leaders prayed together. It is a non-violent interfaith movement".
The demonstrators put up posters asking for justice, the end of the military coup and of course the release of those arrested, especially the leader of the League for Democracy, Aung San Suu Kyi, and President Win Myant, who was overthrown by the military council on February 1st.
However, the military junta, announced on TV that a "crackdown" will be implemented to "enforce order and security".
The list of political prisoners, drawn up today by the Assistance Association for Political Prisoners, contains 137 detainees, of whom only 13 have so far been released. At the top of the list are Suu Kyi and the president, who are accused of "illegally importing transmission devices" and "violating anti-Covid regulations" during the election campaign. The indictment allows the judicial authorities to keep them in prison, but it seems paradoxical that the military junta allegedly wants to guarantee a "legal" trial when in fact it has the power to arbitrate the fate of the detainees.
Meanwhile, Aung San Suu Kyi's attorney denied rumors that she was arrested for "high treason," which would involve very severe sentences. The leaders of the National League for Democracy and President Win Myant are under house arrest and it is not clear whether the two will be allowed to stay at home or put in jail ahead of the hearing, due to take place in a court in the capital on February 15.
Their release was also requested by the UN Security Council. (MG-PA) (Agenzia Fides, 8/2/2021) 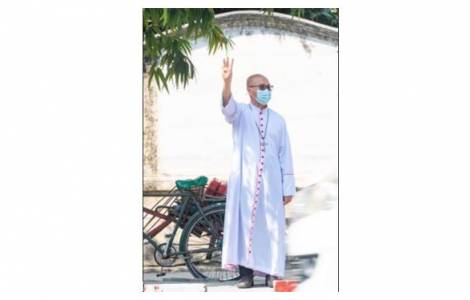 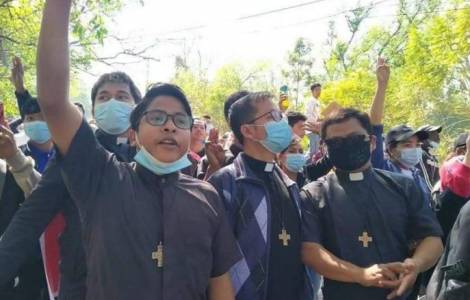 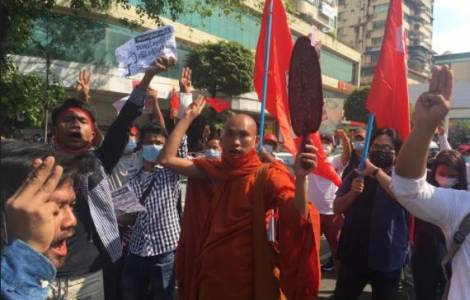 VATICAN - Pope Francis' gratitude for his trip to Iraq: "Muslims invite Christians to return, and rebuild churches and mosques together"