ASIA/HOLY LAND - For Orthodox Patriarch Theophilos III "Kosovo is the Jerusalem of the Serbs". Meanwhile, Israel recognizes the independence of Kosovo 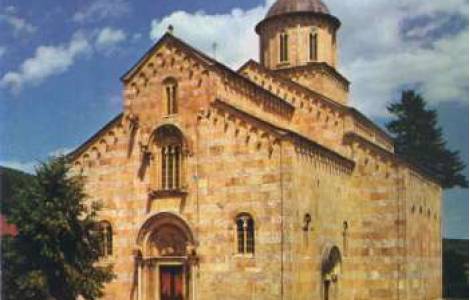 2021-02-02
"I come from a land of conflict". Margaret Karram, Palestinian from Galilee, elected President of the Focolare Movement

2021-01-30
New impetus for the peace process: Patriarch Pizzaballa recognizes initiatives "at the grassroots"

Jerusalem (Agenzia Fides) - On Monday 1 February, with a ceremony held on a digital platform due to the restrictions caused by the Covid-19 pandemic, Israel and Kosovo formally established full diplomatic relations, and that of Pristina became the first government of a country with a Muslim majority to open its own diplomatic representation in Jerusalem.
The agreements to open diplomatic relations were signed directly by the two foreign ministers, the Israeli Gabi Ashkenazi and the Kosovar Meliza Haradinaj-Stublla. Then the respective departments sent the documents by e-mail to be countersigned. The two ministers also thanked the United States of America for the role it played in opening diplomatic relations.
Israel's recognition of Kosovo, the former Albanian-majority Serbian province that unilaterally declared independence in 2008, has provoked the irritation of the government of Serbia, while the spokesman for EU foreign policy, Peter Stano, defined Kosovo's decision to open an embassy in Jerusalem as "deplorable", adding that this choice "distances Kosovo from the EU position on the question of the status of Jerusalem".
The diplomatic party on relations between Israel and Pristina also has implications for relations between the Jewish state and the Orthodox Christian community of the Holy Land. A few days ago, in an interview with the Serbian newspaper Kurir, Greek Orthodox Patriarch of Jerusalem, Theophilos III, had insisted that "for us Kosovo and Metohija is the Serbian Jerusalem" and he hoped that the Orthodox Serbs could "endure and persevere" in the parts they hold sacred, "their shrines in Kosovo and Metohija".
The churches, shrines and monasteries most dear to the sensitivity of Serbian Orthodox Christians are concentrated in Kosovo. Medieval places of worship, such as the Visoki Decani monastery (photo), which for years, after the Balkan conflicts, were protected by NATO military garrisons under a UN mandate.
Among the permanent members of the UN Security Council, Kosovo's independence is recognized by the US, France and the UK, while Russia and China continue to consider it an autonomous province of Serbia. 22 of the 27 countries of the European Union have recognized the independence of Kosovo. Spain, Cyprus, Romania, Slovakia and Greece oppose this recognition. (GV) (Agenzia Fides, 3/2/2021)