AFRICA/ZAMBIA - Zambia and Zimbabwe hit hard by Covid-19; the Bishops: "let's put aside divisions and unite in the struggle" 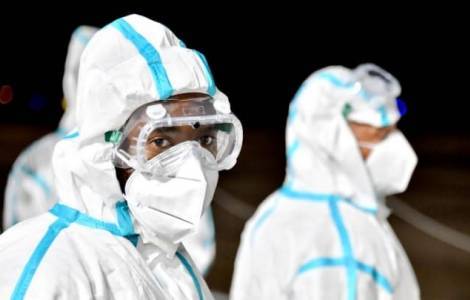 2021-03-15
Radio Mansa, a precious reference point for the mission of the Church

Lusaka (Agenzia Fides) - "Let's put aside social, cultural, religious and political differences and let's unite to fight Covid-19 together", urge the Bishops of Zambia, where the spread of the coronavirus is currently also hitting the Catholic Church hard (see Fides, 27/1/2021).
Recalling that Covid-19 constitutes a real, serious and mortal danger, the Bishops, in their statement sent to Agenzia Fides, affirm that "the dramatic situation in which we live requires an urgent and decisive pastoral response both on a personal and community level". Addressing members of the clergy and men and women religious, in view of the "extremely high" levels of exposure within the framework of their pastoral action, the Bishops urge caution by affirming: "Act responsibly always and everywhere as guardian of our brother and sister".
Zambia officially has 51,624 cases of the corona virus, 728 deaths and 44,133 recoveries.
In neighboring Zimbabwe, some communities of religious have also been affected by the pandemic disease.
"We are currently living in fear of each other and this is destroying our fraternal love and our unity", says the Superior General of the Sisters of the Child Jesus in Zimbabwe, Sister Patricia Rubaya. "Community life is a life of sharing prayers, common meals and now we are forced to live separately to protect ourselves and protect others ".
"Covid-19 has influenced pastoral action and other community initiatives" underlines the nun who for this reason asks the sisters of her congregation to be "flexible, adaptable and creative in their way of living the values of the community and the rule of religious life in the current context".
The virus has hit the Zimbabwe government hard: in one week three Ministers died of Covid-19. Among them, the Minister of Foreign Affairs, Sibusiso "SB" Moyo, 61, who died on January 20. He was one of the protagonists of the 2017 coup that ended Robert Mugabe's thirty-seven years in power. Forty-eight hours later, the Minister of Transport, Joel Biggie Matiza, 60, also died. In the previous weeks, the provincial minister of Manicaland, the former head of prisons, the former minister of education and some entrepreneurs also died.
"The virus has taught us an important lesson: we are not immortal", said Vice President Constantino Chiwenga during the funeral of the Minister of Foreign Affairs.
The wave of contagion, which has swept through Zimbabwe since the beginning of January, is particularly brutal. Officially, the country, which has 15 million inhabitants, has just exceeded the threshold of a thousand deaths, but the death toll has doubled in two weeks. Experts believe the new curve is guided by the so-called South African variant, one and a half times more contagious than the original virus. (L.M.) (Agenzia Fides, 1/2/2021)