AMERICA/MEXICO - First-ever Ecclesial Assembly of Latin America and the Caribbean: all the people of God protagonists of the mission 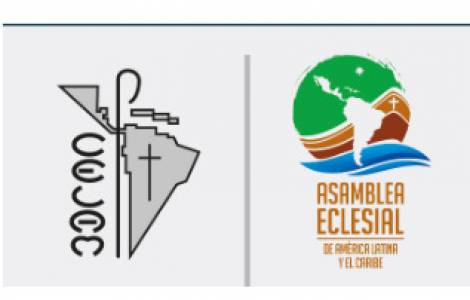 2021-03-11
The mission of the politician: a vocation at the service of national reconciliation and the construction of the common good

Mexico City (Agenzia Fides) - "The Catholic Church in Latin America and the Caribbean has begun the journey toward its first-ever Ecclesial Assembly. This is not a Conference of the Latin American Bishops like the previous ones, the latest being that of Aparecida. No, it is something else. This is a meeting of the people of God: lay men and women, religious men and women, priests, bishops. All the people of God walking together: praying, speaking, thinking, discussing, and seeking the will of God". This is what Pope Francis said in the video message sent yesterday, January 24, at the presentation of the first-ever Ecclesial Assembly of Latin America and the Caribbean, which took place in the Basilica of Our Lady of Guadalupe, in Mexico City, through Celam social media network (see Fides, 23/01/2021).
The Pope went on to give assembly-members two criteria as they "open new horizons of hope": to be close to the People of God and to pray. "This Ecclesial Assembly is not an elite, separated from the holy, faithful people of God. Close to the people. Do not forget that we are all part of the People of God. We are all part of it… Outside the people of God an elite group crops up, an elite illumined by one ideology or another. But this is not the Church. The Church is found in the breaking of the bread. The Church gives herself to all, without exclusion. And the other thing to keep in mind is prayer. "The Lord is in our midst. May the Lord help us hear His voice: this is our request that He might be with us".
Archbishop Miguel Cabrejos Vidarte, Archbishop of Trujillo and president of the Episcopal Council of Latin America (CELAM), reiterated that "we are all missionary disciples" he underlined in his speech: "this 2021 will unite us in a great ecclesial event to give thanks, contemplate, deepen and revive the fruits and the challenges left to us by the 5th General Conference of Aparecida". The Archbishop referred to the Magisterium of Pope Francis, highlighting the fact that "the People of God is the historical subject of evangelization, because every baptized person is called to be protagonist of the mission. And Aparecida affirmed that 'we are all missionary disciples'." Therefore "the call is not addressed only to those who hold formal positions and responsibilities within the Church, to organized pastoral operators, or specialists in pastoral theology, but for every Christian faithful. It is a theology of synodality which opens up new paths for the faithful to walk along the path of evangelization and proclamation of the Kingdom".
This unprecedented ecclesial assembly, continued Archbishop Cabrejos Vidarte, takes place in this theological perspective and in this synodal ecclesiological novelty, on the road to an "exit" for Latin America and the Caribbean, in deep communion with the Holy Father, offered to the Universal Church, as well as accompanying the deep and urgent process of renewal and restructuring of CELAM.
Mgr. Jorge Eduardo Lozano, Secretary General of CELAM, dwelt on the motto of the Ecclesial Assembly - "We are all outgoing missionary disciples" - and on the logo. The assembly will be held in a hybrid or mixed form, in November: some people will be present in Mexico City while others will be in other places in each of the CELAM member countries.
"We want to involve the entire Church of Latin America and the Caribbean, so that she can participate virtually in the conferences that will be held in Mexico, as well as in the programs that will take place in each of the other places of this Assembly", explained Mgr. Lozano. Finally, he indicated three instances on this journey: a spiritual dimension ("because we know that Jesus is at the center of our life"), listening ("because the Holy Spirit speaks to the heart of his whole family, of all believers") and encounter ("a time to meet, dialogue and discern together what are these new challenges that the Lord invites us to take up with joy"). (SL) (Agenzia Fides, 25/1/2021)