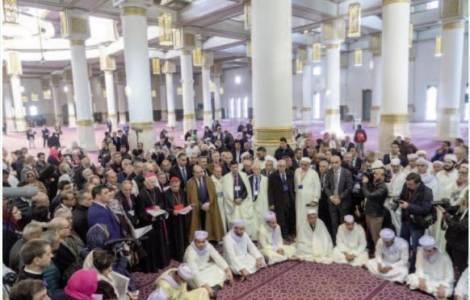 Algiers (Agenzia Fides) - "The Church of Algeria dates back to the 2nd century, with its martyrs and Saint Augustine. It is a church that lives with and for its mostly Muslim fellow men. In the footsteps of Archbishop Henri Teissier, it will continue to be a Church of encounter, at the service of brotherhood with and for all. As I wrote in our diocesan magazine, "Rencontres", December 8th was the day on which our brother Henri's body returned to the land he loved and served, a great sign of brotherhood in the sky of Oran almost exactly two years after the beatification of our nineteen martyrs", said Mgr. Paul Desfarges, Archbishop of Algiers, in an interview with Agenzia Fides about the Church in Algeria, the death of Archbishop Henri Teissier (December 1, 2020) and the celebration of the second anniversary of the beatification of the 19 martyrs of Algeria ( December 8, 2020). This is how the Archbishop recalls Mgr. Teissier: "He was a brother to me. He opened and paved a way and we will continue down the same path. Bishop Jean-Paul Vesco described him in the newspaper "La Croix" as "the twentieth blessed". He could have been with the other 19 during the wave of violence that devastated Algeria and killed them. But he was allowed to continue to accompany his church through the difficulties and help her to remain firm in the faith, in the sign of forgiveness and peace, connected with the people with whom she had a terrible fate. Days full of emotions showed the brotherhood that connects the two Mediterranean coasts from Lyon to Algiers via Marseille. In these moments everyone could hear and experience the happiness of the Beatitudes. The kingdom of a brotherhood was felt that transcends any culture and religion and is really universal".
Well-rooted and completely turned into the "Church of Algeria" and not the "Church in Algeria" as Archbishop Teissier liked to put it, the Christian community lives together with the people, including the difficult time of the pandemic and the long absence of President Abdelmadjid Tebboune, who was hospitalized in a hospital in Germany. "We are a city church at the service of the society that it loves", said the Archbishop, "Christians, like all citizens, are experiencing a situation in which the pandemic continues despite all the restrictions on health protection. The country remains closed to International flights and only domestic flights have resumed so far. Public transport, especially between districts, remains limited. The economic crisis is making itself felt and the number of families in need is increasing. Our relief organizations are doing their best with their limited resources to distribute food and provide assistance whenever possible. "The Church of Algeria, numerically a small presence, remains a very significant reality in the country. His testimony and the proclamation are now a permanently recognizable sign and are at the service of dialogue and peaceful coexistence. Archbishop Desfarges concludes: "On December 8 of last year, Mary, full of grace, welcomed us in the Basilica dedicated to her, Notre-Dame d'Afrique, in Algiers. Archbishop Teissier now rests there next to Cardinal Duval. The Blessed Virgin will be there with our brother Henri , Cardinal Duval, Blessed Charles de Foucauld, our blessed martyrs of Algeria and all the saints welcome everyone who entrusts her every day with their joys, but especially those who come to her with their sorrows and sufferings. Mary leads our Church and she is the Mother of all her children, Christians, Muslims, seekers of meaning, her children of the interior search. She helps them recognize and love each other as brothers and sisters". (LA) (Agenzia Fides, 16/1/2021) 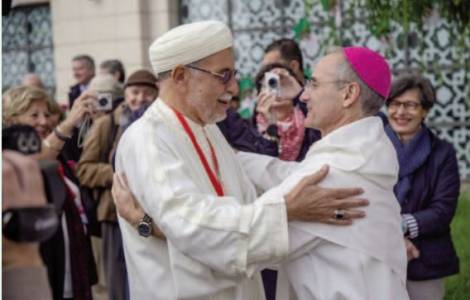 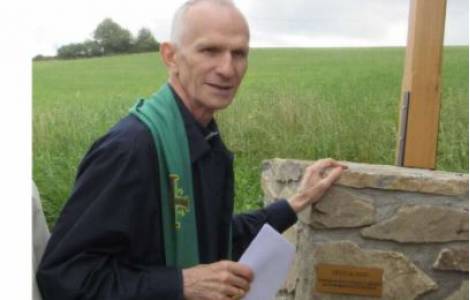