ASIA/KIRGHIZSTAN - Elections and constitutional referendum: the country towards presidentialism with leader Japarov 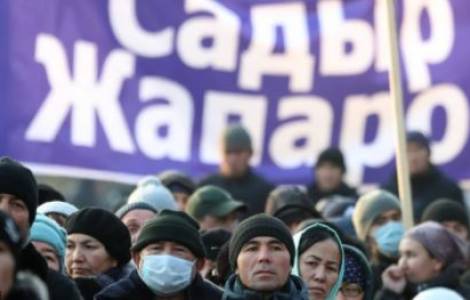 Bishkek (Agenzia Fides) - "It is not surprising that Sadyr Japarov won the Kyrgyz presidential elections with almost 80% of the vote. What is significant, however, is the fact that yesterday the constitutional referendum was also held which asked voters whether they preferred to continue with a parliamentary political system or switch to a presidential system.
The preliminary results indicate that a clear majority has emerged in favor of the second. The situation in Kyrgyzstan, therefore, does not seem more rosy. The country has a controversial president who, up to four months ago, was in jail and who has been accused of links, more or less explicit, to local criminal organizations.
To this we must add that we are moving towards a presidential system which does not in itself represent a problem but could lead to authoritarian attitudes in the current context of the country. This would certainly not be new in Central Asia, a region where authoritarian regimes already exist. This would not be new for Central Asia, an area in which authoritarian regimes already exist. However, it is striking that this is happening in Kyrgyzstan, which has always been considered the flagship state of democracy in this geographical area". This is the analysis of Davide Cancarini, researcher and expert in Central Asian politics, who comments in an interview with Agenzia Fides on the presidential elections and the constitutional referendum of yesterday, January 11, in Kyrgyzstan.
The new round of elections became necessary after the chaos of October 4th. In the hours which followed the vote, in fact, the evidence of fraud brought a large group of demonstrators to the streets in Bishkek, the capital of the Central Asian country, demanding the cancellation of the elections, from which the pro-Russian Sooronbay Jeenbekov emerged winner. Protesters had occupied government buildings and released imprisoned politicians, including former president Almazbek Atambayev and Sadyr Japarov, later appointed Prime Minister and President. According to reports from the Kyrgyz Ministry of Health, the clashes resulted in one death and 590 injuries.
The crisis was resolved only 10 days after the elections through the resignation of Prime Minister Kubatbek Boronov, the Speaker of Parliament, Dastanbek Jumabekov, and the Head of State himself, Jeenbekov. The situation in question led to a concentration of powers in the hands of Sadyr Japarov, appointed in the space of a few hours Prime Minister and Acting President. Japarov then resigned in order to stand as a candidate in the new elections. According to D. Cancarini, the period leading up to yesterday's electoral meeting was not characterized by any particular instability. "After the post-election chaos of October 4, the situation returned to normal. There was an election campaign that was, after all, normal. There was a relatively normal election campaign. In the country, neither clashes nor crises were recorded. However, the attendance at the polls was really limited, with a participation of some 33% of the beneficiaries. In the 2017 elections, it was well above 50%, which demonstrates a very strong disaffection of citizens towards politics".
One of the challenges that the Kyrgyz government will face is that of poverty. According to the Asian Development Bank, 22.4% of the Kyrgyz population lives below the poverty line. It is to these people that the action of the small Catholic community is addressed in particular, i.e. around 1,500 faithful who carry out numerous projects concerning charity and education, focusing in particular on young people from poor families and from rural areas. (LF) (Agenzia Fides, 11/1/2021)