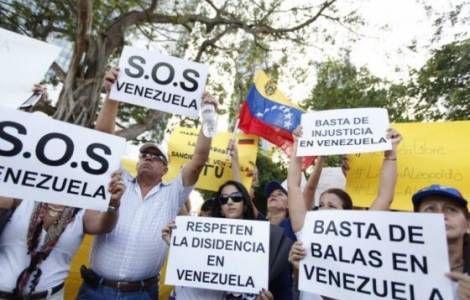 2021-02-18
Medicine to save lives: guaranteeing everyone the right to health and access to medicines

2021-01-25
Beatification of José Gregorio Hernández in April: "Venezuela opens the door of hope and joy"

Caracas (Agenzia Fides) - On January 9, the Third Session of the Ordinary Plenary Assembly of of the Episcopal Conference of Venezuela (CEV) took place digitally, during which the Archbishops and Bishops of the country were able to learn about the work carried out during 2020 by the Social Security Institute of the Clergy, by the Social Pastoral-Caritas of Venezuela and by the Association of Promotion and Popular Education, but also to evaluate the proposal for restructuring the Permanent Secretariat of the Episcopate of Venezuela.
Cardinal Baltazar Porras, Archbishop of Mérida and Apostolic Administrator of Caracas, presented the report on the management of Caritas in Venezuela, as President, illustrating the pastoral actions undertaken at a national level in 2020. The report highlights the service provided to the most underprivileged in times of pandemic, especially through the delivery of medicines, hygiene kits and foodstuffs, for the benefit of more than 9 million direct and indirect beneficiaries. "Spiritual accompaniment and psychosocial support have been the essential action of this year. At the same time, we have worked hard to contribute to the material life of families by providing food and other goods to a large number of them", said Cardinal Porras.
At the end of the day, the Archbishop of Maracaibo and President of CEV, Mgr.José Luis Azuaje, addressed words of encouragement to the Bishops so that they continue the pastoral and missionary action of the Church in Venezuela, even in the midst of difficult circumstances to which they must adapt by reinventing themselves. Proof of the way in which the Bishops of Venezuela follow closely the reality of their own communities was the complaint, made on the Twitter account of the Archdiocese of Caracas by Cardinal Porras, who wrote on January 9: "The freedom of expression is synonymous with democracy. If the means of communication are violated, therefore, so is democracy. We stand in solidarity with information operators who, this Friday, saw their right to information and to work violated".
Indeed, according to sources in the Archdiocese, on January 8, three cyber attacks took place against two sites and a television channel. The government of Nicolás Maduro sent to the television channel Venezolanos por la Información (VPItv) and to Panorama, in Zulia, officials of the National Commission for Telecommunications (CONATEL) and of the National Integrated Customs and Tax Administration Service ( SENIAT). In the first case, they confiscated the transmission equipment as well as the computers and other working instruments. In addition, Panorama was closed for five days following an alleged violation of formal duties. As for the TalCualDigital site, it suffered a cyber attack that it managed to overcome quickly thanks to the action of its staff. At the same time, official means of communication such as El Universal and Globovisión, have transmitted alleged investigations in which they accused the websites Efecto Cocuyo, El Pitazo, Caraota Digital, Radio Fe y Alegría as well as the National Union of media workers for receiving funding from the British government to attack Nicolás Maduro. (CE) (Agenzia Fides, 11/1/2021)

AMERICA/CHILE - Testimony of a long-term Spanish missionary and the presence of Jesus Christ, the Good Samaritan

AFRICA/NIGERIA - Bishop complains of negligence in dealing with Covid-19