ASIA/AFGHANISTAN - The Scalese Barnabite: "The country is under the protection of the Virgin Mary who weaves the threads of peace" 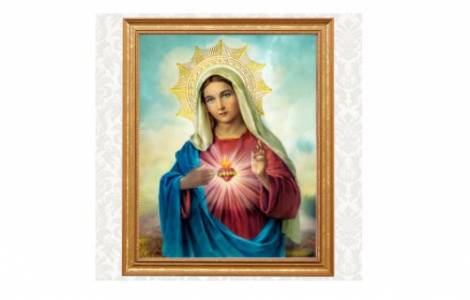 2020-12-22
The Scalese Barnabite: "The country is under the protection of the Virgin Mary who weaves the threads of peace"

2020-04-24
Widespread information to contain Covid-19: the contribution of civil society

2020-04-17
Political framework blocked due to Covid-19: further positive effects of the peace agreement

Kabul (Agenzia Fides) - "We Christians are called to look at the facts in a realistic way, but we must never allow ourselves to be overwhelmed by pessimism. We can learn to read signs of hope, even in the apparently insignificant details. The fact that peace talks between the Government and the Taliban began on September 12 seems to to be one of these signs: on this day we Christians celebrate the Most Holy Name of Mary. To those who do not believe it might seem like a pure coincidence but for those who believe it is a cause for hope. On 13 October 2017, on the centenary of the last apparition of Our Lady in Fatima, the Christian community in Afghanistan wanted to consecrate itself to the Immaculate Heart of Mary and, at the same time, wanted to consecrate the country. It might seem strange to have consecrated a totally Islamic country to Our Lady, but Mary is the mother of all, including Muslims, who among other things have great respect for her. And if she is the mother of all, Our Lady will certainly weave the threads of peace among her children, including Afghans". This is the perspective of hope expressed to Agenzia Fides, on the occasion of Christmas, by Fr. Giovanni Scalese, a Barnabite Superior of the Missio sui iuris in Afghanistan.
After the Doha Agreement of 29 February 2020 between the United States and the Taliban, the intra-Afghan peace talks began on 12 September, that is, between the Government and the Taliban movement. The event, despite the difficulties, represents for the Barnabite, "a very positive sign for a country that has been living in a state of permanent conflict for almost forty years".
The talks, at the moment, have not led to a "ceasefire" between the parties. Violence continues and the attacks are repeated day after day, most often without any claims. "This means that someone does not want peace in Afghanistan. In addition, the United States has confirmed the partial withdrawal of its troops as of January 15, 2021. The commitment of the other countries involved in the NATO 'Resolute Support' mission will certainly decrease. These countries will also reduce their financial contribution to the government of Kabul, which will seriously jeopardize the functioning of a State that cannot count on other resources", explains Fr. Scalese.
According to the Barnabite, the prospects for the future of Afghanistan are worrying: "Tomorrow seems characterized by great uncertainty. Moreover, it is not possible to think that a situation like that of the last twenty years can be perpetuated indefinitely. Sooner or later, it is necessary to find a solution", he concludes.
The Catholic presence in Afghanistan was admitted at the beginning of the twentieth century as simple spiritual assistance within the Italian Embassy in Kabul. In fact, Islam is recognized as a state religion in the country and conversion to other religions is a crime of apostasy. In 2002, John Paul II established the "Missio sui iuris" in the country. Today, the Catholic mission, entrusted to Barnabite Father Giovanni Scalese, continues to have its basis in the diplomatic structure. In addition, the Missionary Sisters of Charity and the inter-congregational association "Pro Bambini" of Kabul are also present. (LF-PA) (Agenzia Fides, 22/12/2020)

AMERICA/MEXICO - Feast of Our Lady of Guadalupe in parishes and families, the Basilica closed