ASIA/MYANMAR - The Bishop of the Burmese territory with the highest Christians presence dies: A Pastor dedicated to listening and dialogue 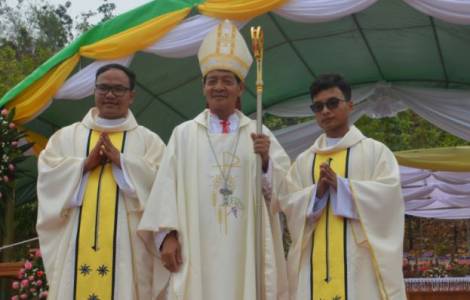 2021-02-22
Appeal of Catholic Bishops: peace and reconciliation through dialogue

2021-02-20
Buddhist monks intervene in negotiations with the army

2021-02-15
Rise of the "Civil Disobedience Movement": appeal to stop the arrests of citizens

2021-02-09
Angelus prayer and address to the diplomatic corps: "The people of Myanmar are grateful to the Pope for his words"

Loikaw (Agenzia Fides) - Today, December 18, in the Catholic cathedral of Loikaw, capital of the Burmese state of Kayah - the state with the highest percentage of Christians in the country-, the funeral of Bishop Stephen Tjephe will be held, who died at 65 due to a brain complication in the hospital in the city where he had been admitted several days ago.
The Bishop was born in August 1955, he was ordained a priest on March 28, 1984; appointed auxiliary bishop in 2009 and since 2014 he was bishop of Loikaw. At the level of the Episcopal Conference, he chaired the Commission for the Clergy. He was a much loved Pastor, with a mild character and always ready to listen and dialogue. The diocesan community of Loikaw, and the entire Catholic Church in Myanmar, live a day of mourning, remembering the Bishop and entrusting him to the care and wise hands of the heavenly Father.
Last July Mgr.Tjephe gave Agenzia Fides one of his latest interviews at his residence, a few steps from the Cathedral. While the nation was facing the difficult passage of the peace process between the government and the states that make up the Burmese Union, a problem that is still on the political agenda today, in the aftermath of the general elections, the Bishop told Fides: "The Catholic Church had and still has an important role in the peace process in Myanmar", noting that "in the State of Kayah the ceasefire has been maintained for years and without any episode of violence". Tjephe recalled, on that occasion, his predecessor, Bishop Sotero Phamo, "a man had a fundamental role in the peace process and who was the first bishop of the Kayan ethnic group in the diocese".
That provenance was important: the small state of Kayah - considered the Christian stronghold of Myanmar due to the strong presence of baptized people - remains a surprising reality from an ethnic point of view with a mixture of languages, dialects, traditions in a region where 75 % of the inhabitants belong to minorities. "In many cases animistic beliefs that are part of a centuries-old tradition survive", explained Mgr. Tjephe, showing a room of the bishop's residence full of artifacts, a sign of the ethnic and cultural diversity of the territory, rich in peoples who have been able to welcome the proclamation of the Gospel.
The Catholic presence in this region began in the late 1800s with the arrival of the first missionaries of the Pontifical Institute for Foreign Missions (PIME), until Father Antonio Cazzuloni, in 1893, settled in Solyaku, 30 kilometers from Loikaw. Today, the more than 90,000 Catholics of Kayah - almost a third of the 355,000 inhabitants of the state - can count on 41 parishes in almost 300 villages in the diocese of Loikaw, a hundred priests, more than 230 nuns and more than 220 catechists. (MG-PA) (Agenzia Fides, 18/12/2020) 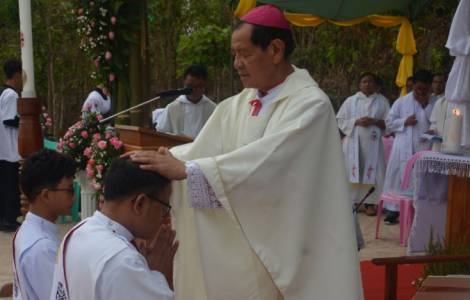 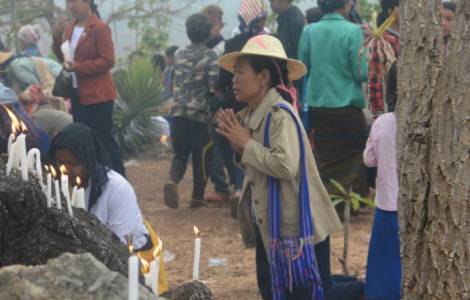 AFRICA/NIGERIA - Bishops warn of a split in the country

ASIA/CHINA - Bishop Joseph Zong Huaide died at the age of 100: he devoted himself to prayer and charitable works