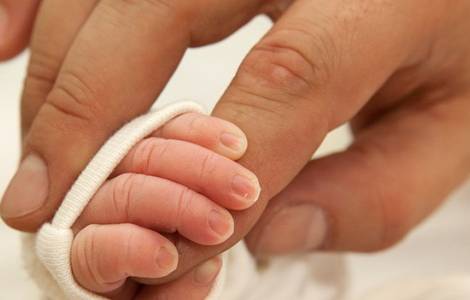 2021-03-03
Tense situation: desecration of the Cathedral of Our Lady of Peace, increase in the number of thefts, economic stagnation, protests for vaccines to VIPs

2021-02-05
World Day of Prayer for Victims of Human Trafficking: "Dignity and freedom of every individual must be respected"

2021-01-16
The Consolata Missionaries: "When we help people in need, we help Jesus himself"

2021-01-04
Bishops on the legalization of abortion: "The Church will continue to work with determination for the protection of life"

2020-12-01
Caritas: no to the abortion law, we must protect life, especially the most fragile and vulnerable

Buenos Aires (Agenzia Fides) - The Permanent Commission of the Argentine Episcopate, in its meeting of December 15, reflected on the theme of nascent life and determined a number of pastoral initiatives for the coming days of Christmas time. On Saturday 26 December, the Executive Committee, on behalf of all the Bishops, will visit the Basilica of Our Lady of Luján, Patroness of the Argentine People, and will celebrate the Eucharist at 10 am, which will be broadcast on social networks. On Sunday 27 December, the Feast of the Holy Family, Holy Masses will be celebrated in Cathedrals and parishes throughout the country with this particular intention for nascent life. On Monday 28 December, the feast of the Holy Innocent Martyrs, the Bishops invite the People of God to a day of fasting, prayer and Eucharistic celebration.
During the aforementioned meeting, according to the statement sent to Fides, a letter was sent to the Holy Father Francis renewing communion with the Successor of the Apostle Peter on the occasion of his anniversary of his priestly ordination. The Bishops also thanked the Pope for his Magisterium, clearly manifested in the Encyclical Fratelli tutti, and for his words and gestures in defense of unborn human life.
On 11 December, the Argentine Chamber of Deputies approved the bill for the legalization of abortion. The approval came after a debate that lasted almost 20 hours and the measure was passed by a very narrow majority. Now the text will have to be considered by the Senate, where a decision is expected by the end of the year. Already in 2018, the Chamber approved a similar bill which was subsequently rejected by the Senate (see Fides, 28/6/2018).
For some time, the Argentine bishops have made their voices, as the new law would only legalize abortion to all effects. The Bishops underline that it is "the legalization of the elimination of the most defenseless life that grows in the maternal womb. Under the pretext of promoting a certain number of so-called individual rights, the right to life of unborn children is sacrificed, which constitutes the first of all fundamental rights, without which there is no room for others" (see Fides, 4/3/2020). Mgr. Carlos Tissera, Bishop of Quilmes, President of Caritas Argentina, recently expressed his rejection of the project to legalize abortion: "Legalizing abortion would be a brutal setback for a human society, comparable to the elimination of other lives born". (SL) (Agenzia Fides, 17/12/2020)