AFRICA/IVORY COAST - The nation needs forgiveness and reconciliation: the Church alongside those who suffer 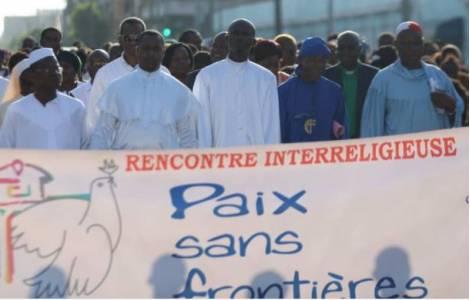 2021-02-10
New headquarters for the "Foundation Our Lady of Africa, Mother of All Graces", committed to faith and charity

2021-02-08
International Day of Fraternity for all people: "Peace is a highly spiritual value"

2021-01-27
125 years of evangelization in the country: "A path of reconciliation, peace and fraternity" acknowledges a representative of the Head of State

Abidjan (Agenzia Fides) - "Ivory Coast left civil war behind only ten years ago, and we still suffer from the wounds this conflict caused. Many problems arose from it: many citizens fled, many were arrested, others injured or killed. In this decade the government has tried to restart the country after the disaster and the situation has partially improved, but wounds take a long time to heal after a civil war and it is often difficult to find a way out. There have been attempts at reconciliation, but in general it can be said that they have not been successful: tensions have remained, no one has been able to develop a process or a way to finally overcome tensions, heal wounds, promote real forgiveness, as happened in South Africa". This is what Father Matthieu Silue, an Ivorian member of the Congregation of the Stigmatines (CSS), told Fides, facing the serious tensions in Ivory Coast following the last elections on October 31st.
Opposition leaders rejected the election result, accusing President Ouattara of violating the two-term limit. Fears that the West African country will fall back into the chaos of civil war, just as it did after the 2010 elections, are therefore increasing day by day. The population, that has fled en masse, has already understood this: more than 8000 people fled to Liberia or other neighboring countries.
The religious who is currently in Milan explains to Fides: "During the war of 2010, many people lost everything, relatives, lands, goods and it was very difficult for them to restart. And for this reason, my traditionally peaceful and developed country has changed from being a destination for immigrants to being a country of emigration. More and more young people are leaving Ivory Coast in search of fortune in Europe and join the ranks of those who set off from Libya or try to reach Italy by sea. The government had given young people hope, but not many of the promises were kept".
In this new situation of tension, the Church tries to make a contribution and promote dialogue: "Our task - he says - is a very beautiful but at the same time tiring task. We immediately took action to bring the parties back into dialogue and promote reconciliation between people. The fact is, we are accused of favoring one side or the other depending on the positions we take. According to the Gospel, the Church always stands on the side of those who are oppressed or weak, those in exile, in prison, or those who suffer from lack of work or rights, but when we ask for the release of political prisoners, we are accused of agreeing with the opposition. But when we ask the opposition to moderate their tone and not resort to violence, they tell us that we are on the side of the government".
"In any case we always choose to stay close to those who are most in difficulty... and who have left the country. We work every day to raise awareness in the areas in which we are rooted and call on everyone to return to peace and renounce violence", concludes Father Matthieu. (LA) (Agenzia Fides, 12/12/2020)