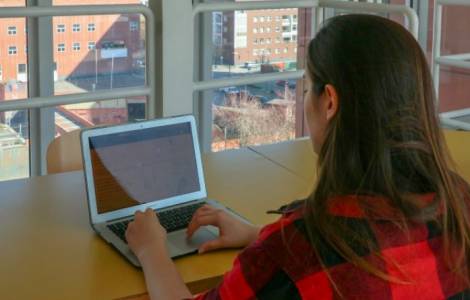 Vatican City (Agenzia Fides) – The formation activity promoted by the International Secretariats of the Pontifical Mission Societies (PMS), through the Pontifical Missionary Union (PMU), does not stop in time of a pandemic and continues online. PMU has organized three webinars, scheduled for early 2021, in English, Spanish and French, for the staff and collaborators of the Pontifical Mission Societies in the world, at national or diocesan level. These are the formation sessions promoted annually by the PMS International Secretariats for the benefit of the National Directions. The courses are designed and aimed specifically at those who are involved in the PMS structures on all continents, in the communication and fundraising sectors.
The first webinar, dedicated to Spanish-speaking users, will be held from 2 to 4 February 2021 using the online platform Zoom and is entitled "La misión de la Iglesia: la caridad misionera y el fundraising". The course is organized by PMU and the International Center for Missionary Animation (CIAM), in collaboration with the PMS National Direction of Spain. The webinar, which includes three days of training with a daily connection of about 3 hours, will be attended, among others, by Fr. Juan Uribe, president of 'Instituto de Fundraising Católico of Madrid, and Prof. Fr. Cristian Mendoza, of the Pontifical University of the Holy Cross in Rome, also called to intervene in the other two webinars, in French and English.
The second online course, also on the Zoom platform, is aimed at French speakers and will be held from 1 to 5 March 2021. On the theme "Mission de l'Eglise: communications, charité et collecte de fonds", and among others, will see the intervention of Fr. Benoit Kouassi, vice president of the Faculty of Communication at the Université Catholique d'Afrique de l'Ouest (UCAO) in the Ivory Coast. The course is organized by PMU and CIAM, in collaboration with the PMS National Direction of French Canada.
The third online course, aimed at English-speaking people, entitled "Church's Mission: Media Communication, Charity and Fundraising", takes place from 8 to 13 March 2021, again on Zoom, and is organized by PMU and CIAM, in collaboration with the National PMS Direction of Australia (Catholic Mission). The course provides a daily connection of about 3 hours for the duration of six days and will see, among others, the intervention of Simone Medri, Digital and Online Manager of the PMS in Australia.
To register for the three webinars, it is necessary to contact the National Directions of the PMS, in the various countries. (Agenzia Fides, 30/11/2020)