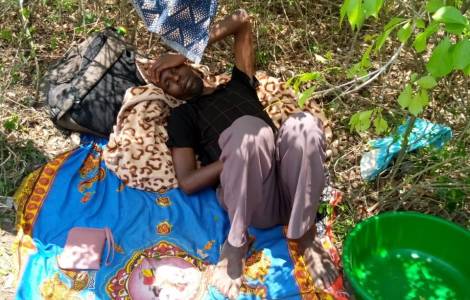 Maputo (Agenzia Fides) - A dozen journalists of a Catholic radio station are forced to hide in the forest in northern Mozambique, denounces the National Community Radio Forum (FORCOM), according to which the entire editorial team of the Community Radio of São Francisco de Assis was forced to flee due to a violent attack by insurgents in the district of Muidumbe, province of Cabo Delgado. "On October 31, the insurgents occupied the parish church of the Sacred Heart of Jesus, where the Radio is located, forcing the 9 journalists, together with their families, to flee and take refuge for more than ten days in the woods, in the direction of the nearest districts , Mueda and Montepuez, presumably safer within the province of Cabo Delgado", states FORCOM which also denounces: "armed violence has reached levels never seen before, with the assault and occupation of the main villages".
According to Father Edgard Silva Júnior, coordinator of the Radio, it is suspected that the entire structure of the radio station has been completely destroyed by the gunmen, but at least part of the equipment was saved, to be transported to the city of Pemba. The village of Muambula, where the Radio station is located, is under the control of the insurgents.
According to FORCOM, most of the journalists who took refuge in the forest are isolated and survive in humanly miserable and insecure conditions. "We are dying of thirst and hunger, three days without eating anything, with my grandchildren. (…). "Father, the situation is still bad. I’ve been in the woods with my family for five days. We are in very bad condition. (….) "My father was beheaded ...". These are some of the messages received by the parish priest of the Sacred Heart of Jesus who managed to get in touch with journalists Daniel Nantuma and Beatriz João.
"Given the situation, FORCOM is currently implementing procedures to guarantee all the necessary support to journalists in the woods, in order to safeguard their physical integrity and safety. FORCOM believes that the State must guarantee the safety of its citizens", states the statement from the Community Radio Forum.
"We call for the necessary conditions to be created to guarantee the human rights of communities in the affected areas of Cabo Delgado. We also ask that the operating conditions of the radios of the community of São Francisco de Assis be created so that they continue to exercise their information mission to develop, protect and promote the fundamental rights of local communities".
The three years of attacks by jihadist groups in the Province of Cabo Delgado have forced at least 310,000 people to evacuate. The province, which has yet to recover from the consequences of last year's cyclone, is now the epicenter of the Covid-19 epidemic in Mozambique. (L.M.) (Agenzia Fides, 16/11/2020)