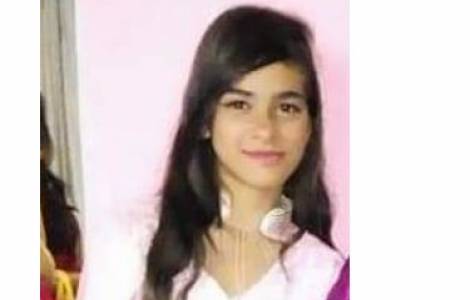 Karachi (Agenzia Fides) - Arzoo Raja, the young Catholic girl kidnapped, forcibly converted to Islam and forced into an Islamic wedding by a 44-year-old Muslim (see Fides, 21/10/2020), is 13 years old and not 18, as falsely stated in the Affidavit, the statement that the abductor's defenders gave to the police to legitimize the entire operation, making it seem legal. In this false declaration, among other things extorted from the young girl, is the proof of the deception to be exposed in order to denounce the illegality and brutality of the act and to be able to release her. As Fides has learned, it is in this sense that the representatives of the Church in Karachi are moving to tackle the case of the 13-year-old Catholic who has been kidnapped, a case that is shaking the community.
As reported to Fides by local sources, the case, which occurred in the large metropolis of Karachi, concerns, in particular, the Catholic community of Saint Anthony parish. Arzoo's family lives in "Quarter 8 City", of the Railway Colony, in the western part of the city of Karachi. The leaders of the local Church, as well as various Catholics involved in politics and civil society, have mobilized to bring out the case and address it publicly, calling for the prompt intervention of the authorities.
Fr. Robert Mc Culloch, an Australian missionary for over 30 years in Pakistan, currently Procurator General of the Society of St. Columban, comments on the case in an interview with Agenzia Fides: "We record with pain a serious and brutal act against an innocent girl. Cases like this, including kidnapping, forced conversion and marriage, are tragically on the rise in Pakistan and mostly involve young Christian and Hindu girls, especially in the Sindh province. I believe that it is necessary to activate all possible means to save Arzoo and all the other girls like her, subjected to violence. The authorities need to take note of a phenomenon that is truly worrying and devastating for Pakistani society, a phenomenon which undermines every effort for inter-religious harmony and undermines the inalienable rights of non-Muslim citizens".
The Catholic Church in Karachi and Pakistani civil society organizations are at the forefront, with the girl's family, in order to save Arzoo since her real age is provided by a civil birth certificate, as well as in the baptismal certificate issued by Saint Anthony parish, kidnapping (falsely defined as an "act of free will"), marriage with a minor (passed off as an adult), conversion to Islam (presented as "free membership") constitute crimes punishable on the basis of the flagrant violation of various laws including that on the minimum age to get married legally. (PA) (Agenzia Fides, 22/10/2020)