ASIA - Conflicts and violence in Asia: the response of cities and territories 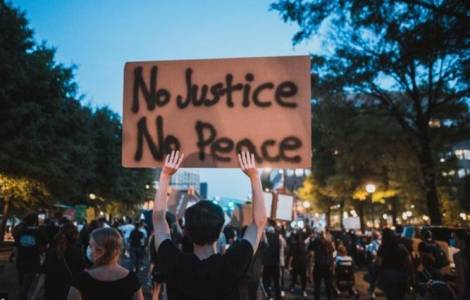 Hiroshima (Agenzia Fides) - "Peacekeeping in the Asia-Pacific region has deteriorated due to ongoing conflict, the rise in military spending and a weaker United Nations funding for peacebuilding. However, the murder rate and indicators of crime and violence have simultaneously decreased". This is what is reported in the 14th edition of the Global Peace Index 2020 (GPI) produced by the Institute for Economics and Peace, (the GPI is the world’s leading measure of global peacefulness). This report presents the most comprehensive datadriven analysis to-date on trends in peace, its economic value, and how to develop peaceful societies. The Asia-Pacific region continues to rank in the top 25 of the global index (New Zealand, Singapore, Japan, Australia and Malaysia), although New Zealand - first in the region and second in the world – saw its score decrease due to the terrorist attack on two mosques on March 2019 (51 victims). As far as Australia is concerned, it should be noted that there is a sad record: the country has one of the highest per capita arms import rates in the world. North Korea ranked last in the region and is the only nation in the Asia-Pacific region to be among the bottom 25 of the index. Indonesia and East Timor experienced setbacks in 2019-2020: in Indonesia due to internal incidents (partly as a result of the old conflict in the Moluccas) and then due to displacement of the population due to internal immigration. In addition, the Country saw a significant deterioration in terms of political stability in 2019. East Timor also saw the security situation deteriorate due to widespread poverty and high unemployment and crime rates.
The increase in violence, insecurity and conflict (as in the case of street protests in the Philippines or linked to endemic fighting such as in Myanmar) are often national or linked to individual cities, but an international initiative is now looking for joint solutions, referring directly to the United Nations 2030 Agenda for Sustainable Development, an action program for people, the planet and prosperity that was signed in 2015 by the governments of the 193 UN member countries with 17 Goals for sustainable development. This is the "World Forum of Cities and Territories of Peace", which will meet for the third time from October 5th to 7th, following the previous meetings in Madrid in 2017 and 2018. In 2018, Pope Francis sent a message to the mayor of the Spanish capital, Manuela Carmena. Due to the Covid-19 pandemic, the event will take place virtually this year, but will take place again “in presence” in Mexico City in April 2021.
In recent years, the international community has recognized that the development of urban violence affects the sustainability of societies and that therefore there can be no sustainability and development without considering the possibilities of curbing violence, and not just from a public policy perspective. The Forum has an international Organizing Committee that includes international organizations, civil society, cities and city networks, some of which are known as "Mayors for Peace" (140 Countries and regions and almost 8,000 individual cities). Hiroshima currently holds the presidency. The aim of the Forum is to exchange decisions, experiences and processes in order to make cities and regions inclusive, safe, resilient and sustainable. The Forum acts in the name of a positive concept of peace, which "must be understood not only as the absence of armed conflict, but also as the existence of social justice, sustainable development, the democratic exercise of citizenship, and respect for human rights within and among States". (MG-PA) (Agenzia Fides, 5/10/2020)

AFRICA/IVORY COAST - The return of former President Gbagbo arouses the enthusiasm of his supporters; tensions with the police

ASIA/MYANMAR - The Archbishop of Mandalay: "It is a real tragedy. We are grateful to Pope Francis for the support"

AMERICA/HONDURAS - The Bishop of La Ceiba on the Zedes: "let's defend the common good, let's defend territorial sovereignty and our values"

ASIA/MYANMAR - The Archbishop of Mandalay: "It is a real tragedy. We are grateful to Pope Francis for the support"