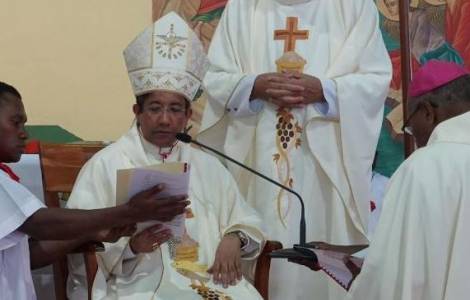 Rabaul (Agenzia Fides) - "I thank God for the years passed and the pastoral experience in the dioceses of Bereina and Kavieng. I return to Rabaul as Jesus returned to Nazareth: here he was judged by the people for what he had done. There will be those who will judge and will question my decisions, but all I ask is your collaboration and patience to allow me to lead the community, with the light and grace of God, as your new Pastor": with these words Mgr. Rochus Josef Tatamai MSC, new Archbishop of Rabaul, addressed the faithful at the solemn inauguration Mass as the eighth Pastor of the archdiocese. As reported to Fides by the Communications Office of the Bishops' Conference, the local community warmly greeted and welcomed the first local Archbishop at the solemn celebration, held on September 29, in the Cathedral of the Sacred Heart of Vunapope, in the province of Eastern New Britain. The Apostolic Nuncio in Papua New Guinea and the Solomon Islands, Archbishop Kurian Mathew Vayalunkal, Cardinal John Ribat, MSC, Archbishop Emeritus Francesco Panfilo, SDB, and a large number of priests, religious and lay faithful who came from different dioceses and provinces were present.
Archbishop Tatamai, who served the diocese of Bereina for eleven years and the diocese of Kavieng for two years, since 2018, is a direct descendant of Blessed Peter ToRot, catechist and martyr, a reference figure for the Catholic community in Papua.
Addressing the families, the Archbishop urged parents to pray and encourage their children to "live a holy life in the Church". "Pray for your children, so that they become people of faith and remain at the service of the Church as catechists, seminarians and religious".
He then underlined the need for the archdiocese to become more inclusive in its efforts to improve the quality of the apostolate and pastoral action. Thanking his predecessor, Archbishop Panfilo, former ordinary, especially for the evangelizing action in the area of Pomio, where he founded 7 new parishes, recalled his commitment to education, youth ministry, family ministry , pastoral care for vocations and the various social issues addressed.
People particularly appreciated the fact that the community has, for the first time, an Archbishop from the same area. "The installation of the first local Archbishop was not only a milestone for the Church, but for the whole province. It is a very important and significant step. We are grateful to God for this gift", said Patricia, a lay Catholic present. The previous seven Archbishops were missionaries, while "this is the first time that one of us, born and raised here, is called to lead the Church", he noted.
During the celebration dances of local cultures were carried out and there was a tribute to the missionaries who founded the first mission, 138 years ago, on the island of Matupit. Many missionaries lived and proclaimed the faith. Many died of malaria or were martyred for their faith.
Papua New Guinea has 6 million inhabitants and is a "Christian country", as is written in the Constitution, born after independence: 95% of Papuans are baptized in the many Christian Churches present, of different denominations. Catholics are about 27%. (PA) (Agenzia Fides, 1/10/2020) 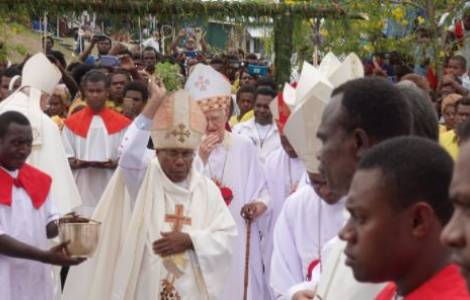 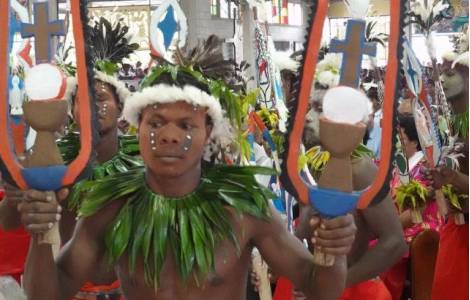 AFRICA/DR CONGO - Italian ambassador killed in kidnapping attempt: "He was very close to the missionaries"

AMERICA/MEXICO - Migrants: the many aspects of the mobility circuit in Central America