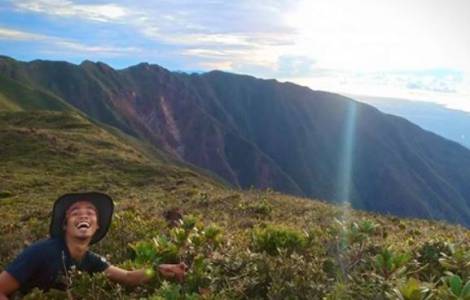 2021-03-31
Evangelization in the millennium: the Jubilee of faith and the challenges of the future

Puerto Princesa (Agenzia Fides) - In the spirit of building the common good together, Christian and Muslim volunteers come together to celebrate and live the "Season of Creation", announced by Pope Francis, which began on September 3, and will last in the Philippines until October 11th. Among the initiatives implemented, reported to Agenzia Fides, there is that of cleaning up the coast of a coastal village in Puerto Princesa City, on the island of Palawan, in the central Philippines. The Apostolic Vicariate of Puerto Princesa, led by Bishop Socrates Mesiona, welcomed, supported and promoted the initiative as the local Church wanted to make its own contribution of awareness and action during the "Season of Creation". "It is the task of all to take care of our common home", he said, denouncing "the throwaway culture of today's society". "We have different religions and different beliefs - says the Bishop in the note sent to Fides - but we live in the same world. We are all called to make the spirituality of the protection of creation ours, which is the work of God".
Hadji Arturo "Abdulaziz" Suizo, Muslim leader of Puerto Princesa, agreed that "Islam gives great importance to the cause of safeguarding creation. By protecting it, we protect future generations", he said.
Focused on the theme "A Jubilee for the Earth", the Season of Creation stands out in the Philippines for the involvement of over 70 civil society associations and interreligious groups, including Muslim faithful. In this context, the community of Palawan, with Christian and Muslim people, will also have a tree planting activity on Irawan Mountain, after the Vicariate promoted the planting of 10,000 trees in the protected reserve of Mount Mantalingahan last year.
The planting activity also affects other provinces, such as that of the island of Bohol, where the local Church has promoted the planting of over 60 thousand saplings. Mgr. Pablo Virgilio David di Kalookan, interim president of the Bishops' Conference of the Philippines, asked all dioceses and parishes to "take the initiative to integrate the campaign for the protection of creation in all the ministries and pastoral apostolate fields of the Church", noting that "it is never too late to act for the care of the common home", in the spirit of Laudato Sì. (SD-PA) (Agenzia Fides, 8/9/2020)