VATICAN - Aid from the PMS Fund to parishes, families, poor children and Catholic schools for the Covid emergency in Africa and Latin America 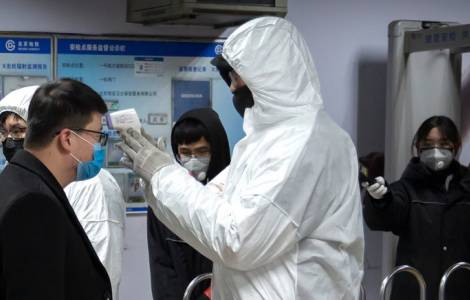 Vatican City (Agenzia Fides) - "The pandemic has exposed the difficult situation for the poor and the great inequality that reigns in the world - Pope Francis recalled at the general audience on 19 August -. The virus, which does not make exceptions between people, has revealed great inequalities and discrimination along its devastating path... and has increased them!".
To respond to the consequences of the Covid-19 pandemic that are not only of a health nature, the Pope has set up an Emergency Fund at the Pontifical Mission Societies (PMS) which for several months has been responding to requests made by dioceses of the missionary world, marked by poverty and inequalities that have worsened in this period (see Fides, 6/4/2020). The latest aid was sent to various ecclesiastical circumscriptions in Africa and Latin America.
In Rwanda, where the consequences of the long fratricidal war that make the work of evangelization difficult, there are four dioceses to which the Emergency Fund of the PMS has sent the requested aid, which will be used by the parishes above all to purchase medical supplies and prevention necessary to equip places of worship and thus allow the resumption of celebrations in safety. The particular Churches of Gikongoro, Cyangugu, Kigali and Nyundo have been severely tested by the pandemic, both at a pastoral and economic level. Although the commitment to make the laity co-responsible for the mission of the Church has borne good fruit also with regard to material needs. Unfortunately the coffers of the parishes are now empty. The suspension of celebrations and the administration of the sacraments, the interruption of catechism classes and group activities, as well as the loss of work for many, have in fact made it impossible to collect donations and financial contributions from the faithful.
Even the diocese of Saint Louis, like the other dioceses of Senegal, found itself facing considerable difficulties following the measures adopted to deal with the Covid-19 pandemic. The serious financial crisis following the suspension of pastoral activities made the collection of offerings which the priests live on impossible since the month in March. The diocese therefore asked for the help of the PMS Fund as it is unable to guarantee support for its priests who continue to be engaged in the work of evangelization and assistance.
In Madagascar, which has long been characterized by a "survival economy", the situation has become dramatic with the pandemic. The diocese of Farafangana, which is experiencing a situation similar to that of the whole country, has suffered serious consequences in all sectors: isolation has blocked farmers and small traders who survived by selling their products at the markets; parents are unable to provide daily food for the family, purchase medicines, pay school fees; the health system has become even more precarious. The 42 Catholic schools of the diocese are in a serious situation, most of which have been closed, for which the PMS Fund intervened: the children no longer go to school, so parents do not feel motivated to pay the fees even for the lack of work, but the teachers have been without salaries since March and the diocese no longer has economic resources.
The population of the diocese of Solwezi, which is located in the northwestern region of Zambia, lives essentially on subsistence agriculture. Only two parishes are economically self-sufficient, while all the others depend on the support of the diocese. As a result of the isolation, many have lost their jobs, the economy has been severely hit and many children and elderly people in need turn to parishes in search of food. In search of a minimum sustenance, many move without health protection, and the subsidies sent will be used by the diocese to buy food and protective material for the most needy families.
Latin America is also plagued by the pandemic, which has exacerbated poverty and marginalization. In Colombia, the aid from the PMS Fund will be used to support the priests of the Apostolic Vicariate of Puerto Carreno, engaged in the evangelization of indigenous people, campesinos and settlers. They usually live on small offerings from the faithful, but for some time, with the suspension of masses and pastoral meetings, they have no way of supporting themselves, and the Apostolic Vicariate itself has no resources to provide. Also in Ecuador, in the Apostolic Vicariate of Napo, it is necessary to ensure food and means of transport for 24 priests who are actively involved in the proclamation of the Gospel and in the works of social assistance, covering great distances every day, as well as providing the medicines necessary for 5 sick priests. In the Apostolic Vicariate of Puerto Ayacucho, in Venezuela, two communities of the Consolata Missionary Sisters, engaged in pastoral, educational and assistance activities for children of marginalized families, are in particular need of the help of the PMS Fund. The pandemic has made life even more difficult. (SL) (Agenzia Fides, 3/9/2020)