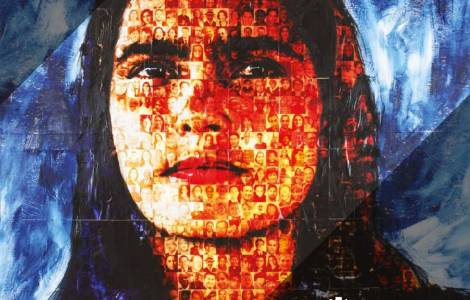 2020-09-21
International Day for Peace: the human person above all interests

2020-09-03
Aid from the PMS Fund to parishes, families, poor children and Catholic schools for the Covid emergency in Africa and Latin America

2020-08-31
Card. Tagle for the World Day of Prayer for the Care of Creation: The "pandemic of love and solidarity"

Vatican City (Agenzia Fides) - "We are in a crucial moment of change. This event also takes place in a spirit of hope for the future, especially at a time when humanity is facing a serious health crisis that has affected everyone. Covid-19 has highlighted the fragility of our existence. As Pope Francis has repeated to us, we are faced with a new beginning and our world after Covid-19 cannot and must no longer be the same. Caritas Internationalis will continue to give voice to the voiceless and promote integral human development and ecology in line with Laudato Sì, the focal point of our action": with these words Cardinal Luis Antonio Tagle, President of Caritas Internationalis and Prefect of the Congregation for the Evangelization of Peoples, opened the presentation of the Caritas Internationalis Annual Report, entitled "Caritas voice of the voiceless, looking at the future in the post-COVID19 world". In a video conference held yesterday July 16, Cardinal Luis Antonio Tagle, and Secretary General Aloysius John focused in particular on two phenomena that require decisive intervention by the entire community: international debt and economic sanctions in the Middle Orient
"The pandemic has put our organization to the test - said President Tagle - which has faced an unprecedented situation that could have led to the interruption of many programs and even to the closure of some offices. Instead, each of the 162 Caritas organizations operating in about 200 countries and territories has been able to respond promptly to the emergency by increasing its programs and organizing to reach the most vulnerable, take care of them, inform them about the pandemic".
He continued: "Caritas invites everyone, especially leaders, to be ready to face the dramatic consequences of this pandemic not only in the area of health care, but also to intervene promptly in favor of millions of people who risk hunger. We cannot sit by and watch the deteriorating living conditions of people in Lebanon, Syria and other Middle Eastern countries. The poorest are victims of economic sanctions and the threat of Covid-19 makes their difficult lives even more precarious. The international debt of the poorest countries in Africa, parts of Latin America and Asia has had important social and economic consequences".
"The situation in the Middle East has worsened dramatically in the past six months - echoed Secretary General Aloysius John - economic sanctions and the embargo on Syria have contributed. Prices have skyrocketed, people do not have the means to buy food, malnutrition is spreading and there is growing anger against the international community. The situation is worse for the most vulnerable, in particular children, women and the elderly, already deeply affected by wars, tensions, fundamentalism and now also by COVID-19. The sanctions against Syria - Aloysius highlighted - have also affected neighboring countries. In these days, we are looking with special concern towards Lebanon, that has always been a model of equilibrium for the whole Middle East. A country that has always been a 'message of freedom and an example of pluralism for East and West', as St. John Paul II said. Although sanctions and the embargo are not imposed directly on Lebanon, the indirect consequences for the country - which has close economic ties with Syria - are undeniable. Today in Lebanon, an estimated 75 percent of the total population needs humanitarian aid, the local currency has lost 80 percent of it value in recent months. In addition, the country has always been a launching point to help countries such as Syria and Iraq, so if the situation does not improve, the consequences for the region would be catastrophic".
Among the participants in the video conference, in addition to Father Michel Abboud, president of Caritas Lebanon, there was also Rita Rhayem, Director of Caritas Lebanon, who reiterated the criticality in which the country is raging. "Lebanon is facing the worst economic situation ever with an important number of unemployed people pushed below the poverty line. This economic crisis is the result of many factors and is aggravated by the effect of the spread of the Syrian crisis and sanctions. The country which hosts a large number of Syrian refugees and migrant workers is now on the verge of collapse with total silence from the international community. Aid is linked to reforms that are difficult to implement or take time", explains Rita Rhayem.
"In the meantime, the Lebanese are paying a high price; migrants and refugees are suffering. As Pope Francis said in the Angelus on June 28, 2020: "Lebanon is in a serious socio-political and economic crises that the COVID-19 pandemic has made even more difficult".
The director of the organism also pointed out that while the world is seeking treatment for Covid-19, the pandemic is not among the priorities mainly because, as the crisis progresses, hundreds of people have started looking for alternatives to earn money to eat. "Barter is back in Lebanon: People have started exchanging clothes and shoes for food".
The social department of Caritas Lebanon monitors the status of the most vulnerable to assess their situation and provide support to those most in need. However, it is noted, it is impossible to respond to all requests during emergencies due to limited economic and human resources. There is a high risk of closing some shelters and schools and firing employees. In the past 5 months, the local Caritas social department, in coordination with young people, has distributed 11, 293 food kits, 5,415 hot meals and 3,012 meal vouchers. In addition, Caritas Lebanon is collaborating with the "Maronite Foundation" which supplies food to be distributed in different regions of Lebanon. In June, the health department distributed 50,239 medicines to 11,425 beneficiaries across the country. The situation is changing dramatically from one day to another, we are witnessing scenes never seen in this country over the years". (AP) (Agenzia Fides, 17/7/2020)

ASIA/KAZAKHSTAN - Fight against Covid-19: thanks to the Church, a partnership between Italian and Kazakh hospitals has begun

OCEANIA/AUSTRALIA - Towards World Mission Day: a thousand faces for mission